Ukraine indicates readiness to dialogue with Russia amid… 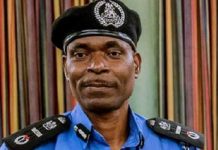 There are strong indications that four out of the seven Deputy Inspectors-General of Police in the Nigeria Police Force may leave the force alongside the former Inspector-General of Police, Ibrahim Idris, who retired on Tuesday.

It was gathered that the DIGs, who are members of the Police Management Team and senior to the acting IG, Mohammed Adamu, might be forced out of the service to pave the way for him to set up a new management team he could work with.

It was gathered that those that might be affected by the reorganisation include DIG Maigari Dikko in Charge of Department of Finance and Administration; DIG Joshuak Habila, Department of Operations; DIG Emmanuel Inyang, Information and Communications Technology; and DIG Agboola Oshodi-Glover, Logistics and Supply Departments.

A source stated, “The three DIGs were on the same rank as Adamu last year. In fact, Abdallah was a Commissioner of Police the same time the acting IG was also a CP, so they were almost on the same level. By virtue of this fact, the new police boss may include them in his management team and save their career from sudden death.”

It was gathered that Abdallah, who has about six years to retire, may be the worst casualty of the purge if Adamu decided to dispense with all the police management team members.

One of our correspondents further learnt that the decision to retain any of the PMT members rested on the acting IG, who is expected to write to the Police Service Commission about his chosen team members.

Meanwhile, the new Police Chief has reportedly reversed some last-minute postings and redeployments carried out by Idris few days before his retirement.

It was gathered that the redeployment of the Lagos State Commissioner of Police, Imohimi Edgal, by the former IG was overturned while other senior officers who were also posted to new commands and formations had been asked to stay action until further notice.

This development, sources said, meant that the redeployment order by Idris would not be obeyed unless sanctioned by the acting IG.