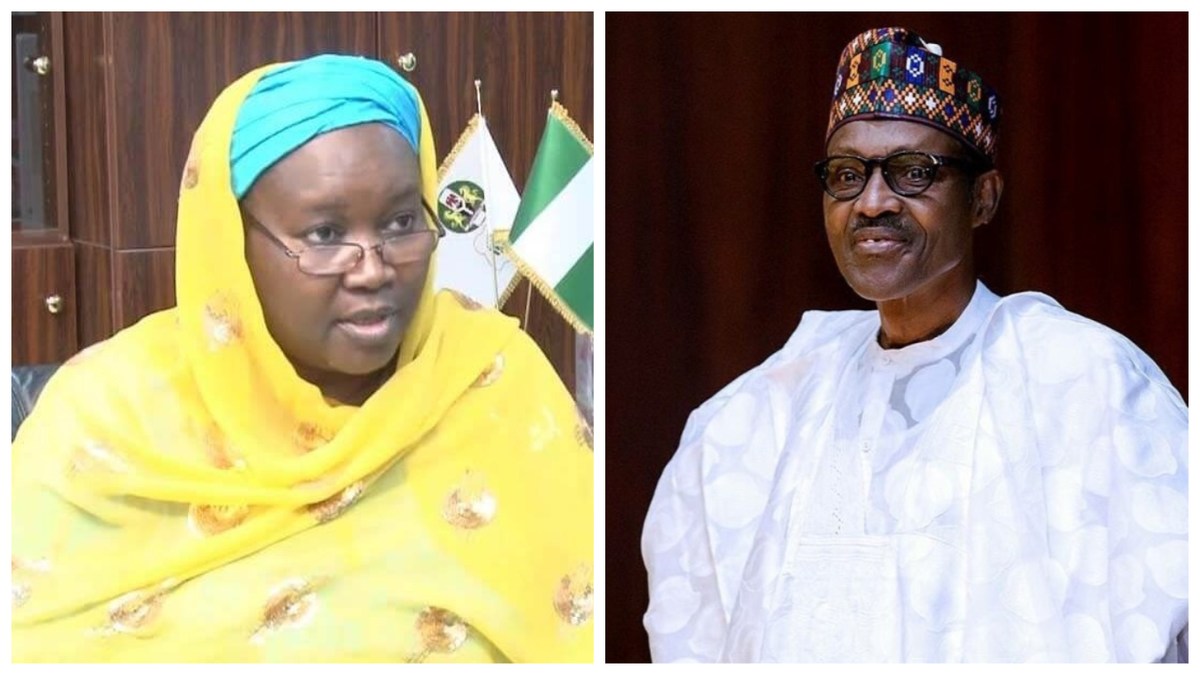 A Second Republic lawmaker, and member of the 2014 National Conference, Junaid Mohammed, has reacted to the claim made by Amina Zakari, whereas she said that President Muhammadu Buhari was neither her uncle nor cousin.

He insisted that Amina is a blood-relation of the President, and made an expository narrative into the relationship.

He said that it was shameful for an aide of Buhari to try to distance Buhari from Amina Zakari.
He said, “For those who do not know, let it be known (and let me repeat it) that Buhari’s sister, who was married to a prominent Emir in Kazaure, in the present Jigawa State, gave birth to Amina.

“It is doubtful if Buhari himself can say that Amina Zakari is not his niece. I can say, without any fear, that Buhari cannot deny his direct sibling.”

Mohammed said that it was former President Goodluck Jonathan who nominated Amina, a pharmacist, as a National Commissioner to represent the North-West, with some inputs from the then Congress for Progressive Change, CPC, presidential candidate, Maj. Gen. Muhammadu Buhari, at that time.

Explaining why Amina’s position in INEC is currently generating controversy after she had been in the commission for more than eight years without any link to Buhari, Mohammed said that Amina should step aside at once.

He added, “In the political situation where we have found ourselves, whether she is a blood relation or not of the President, she has to step aside once there has been a widespread perception that she’s related to Buhari.

“She became the most senior person in INEC but she read pharmacy and cannot be said to be the most suitable for the job.

“I warned INEC chiefs over Amina’s position long ago and they decided not to do something about the dilemma they now have on their hands.

ALSO READ:  BREAKING:FG Has Ordered the Stoppage of University Workers Salaries who is Not Enrolled On IPPIS

“It was a wrong appointment ab initio and she should quietly step aside because of her relationship with the President. Let her go because the job she is expected to do is far beyond her.”