Ban on open grazing: ‘You are joking’ — Miyetti…

2019 ELECTION: The Impact Of IPOB’s Election Boycott Suspension And Why Biafrans Should Rejoice 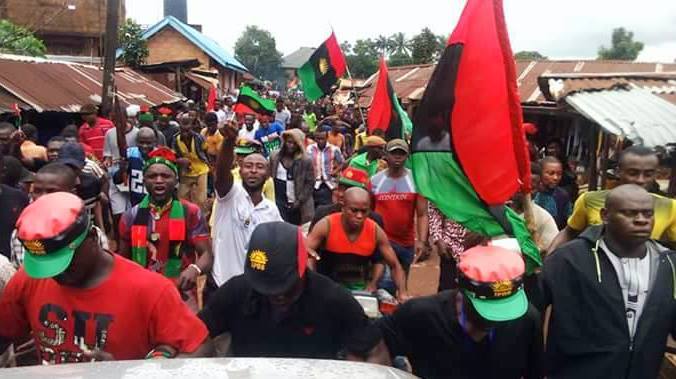 SAHARANEWS – When the Indigenous People of Biafra (IPOB) said Nigeria organized elections will be boycotted, there was definitely a potent factor behind such resoluteness and that is why IPOBians remain exceptionally enviable breed of humans. When such a command is being issued out by the leadership, members emphatically echo “No Referendum, No Election”, in unanimous response.

This comfirms the fact that no amount of threat from the Nigerian security forces can deter us from legitimately and clinically carrying out any civil action like the planned election boycott which hinged on Nigeria government’s signing of IPOB demands. Pulling that overriding interest through was the reason why the planned total and complete boycott action was orchestrated with Sit-At-Home.

Recall vividly that our leader, Mazi Nnamdi Kanu, in his recent live radio broadcasts, stated that “if the zoo (Nigeria) yields to our demands, we shall call off the election boycott”. This was complied with though belatedly by the government. So it must be noted that opportunities abound in various freedom agitations.

There are windows for negotiations and that allow the agitator to give opportunity to the enemy to duly respond and that gave rise in our case, to firstly initiate the civil action, to press home our demands as a people.

We must not forget that it is by the cooperation of Nigeria and the United Nations that the conduct of Biafra referendum could be facilitated as absence of such, will hamper the exercise of franchise. The Nigerian government in it’s despotic enterprise, will definitely unleash terror and kill our people.

This is the wisdom behind the offered opportunity to compel them to accede to our conditions, clearly indicating that we are strategically, bringing them under our subjugative terms. In few days, be rest assured that the leadership of the Indigenous People of Biafra (IPOB) globally, shall detail the family with the full import of the negotiations.

Meanwhile, it is expected that IPOB family members repose total confidence on the capability and capacity of the leadership in every segment of the struggle. Through this show of loyalty and trust, it enjoys uninhibited power of attorney to take viable decisions for the interest of all. We must not question their sincerity and wisdom nor doubt their resoluteness. Rare global reputation has been built and enormous sacrifices made.

These choice men and women cannot trifle with the destiny of their people. They can never breach that oath. Rejoice therefore Biafrans, for this latest achievement is a win, win, for all us.