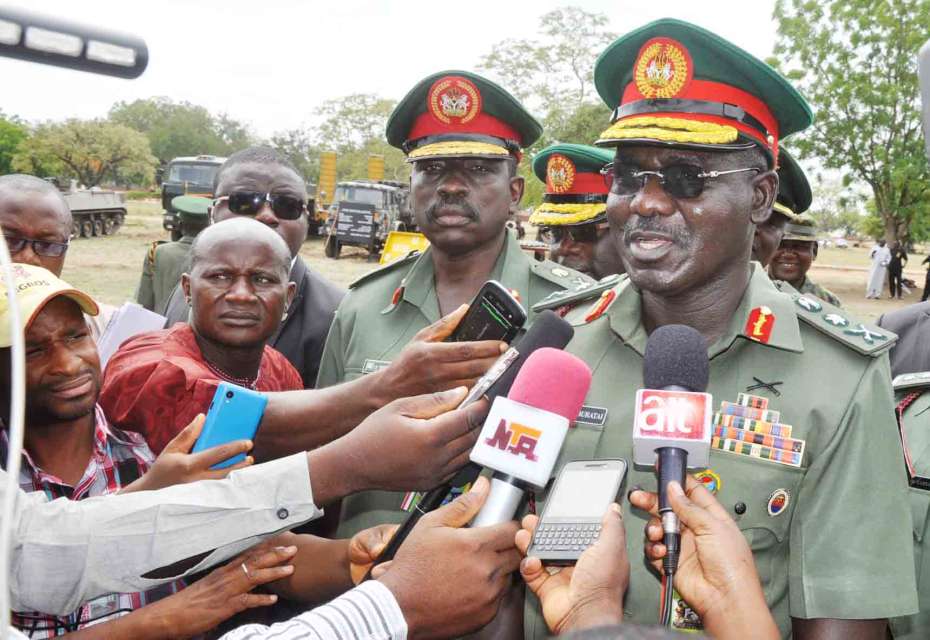 Tukur Buratai, the chief of army staff, says the Nigerian Army will replicate the successes it recorded in the Osun and Ekiti elections in the 2019 elections.

Speaking at the 2018 COAS Annual Conference in Maiduguri on Wednesday, Buratai said the army has launched operation safe conduct to secure the electoral process in 2019.  “As the nation moves towards the 2019 General Elections, the NA is conducting Operation SAFE CONDUCT to support other security agencies during the period of elections in the country,”

Buratai said. “The NA activated the operation on 14 July 2018 during the elections in Ekiti and Osun states and it was a huge success.  “We intend to replicate the successes achieved, during the 2019 General Elections because we believe that a secure electoral process will play a critical role in safeguarding our democracy into the future.”  He appreciated President Muhammadu Buhari for the support he has given to the armed forces, especially the army, and assured the president of the “unflinching loyalty and commitment of the NA to the defence of democratic governance in Nigeria”.  He also enjoined miltary personnel to refrain from partisan politics at all levels, as the general elections draw nearer.


“As the NA plays its role to safeguard democracy, all NA personnel are enjoined to ensure that necessary steps are taken in all circumstances to prevent any act that is inimical to the unity and stability of the country.  “Thus, as political activities unfold towards the 2019 General Elections, GOCs and field commanders at all levels are enjoined to continue to remind officers and soldiers under their command to remain non-partisan and be guided by the stipulated code of conduct in the discharge of their duties.”

The lieutenant general also added that no army has enough equipment to prosecute an asymmetric warfare like Boko Haram.  “I must also add that no army can ever have enough equipment to conduct its operations,” Buratai added. “Hence, it is incumbent on all commanders and senior leaders of the NA to recognize that we are involved in asymmetric warfare which calls for dynamism and flexibility if we are to succeed with minimal casualties.”


Buratai, who has been chief of army staff since 2015, also added that in 2018 alone, “a total of 156 personnel have attended foreign courses while 2,390 have attended local courses and training programmes, ranging from masters degree programmes to workshops and conferences”.