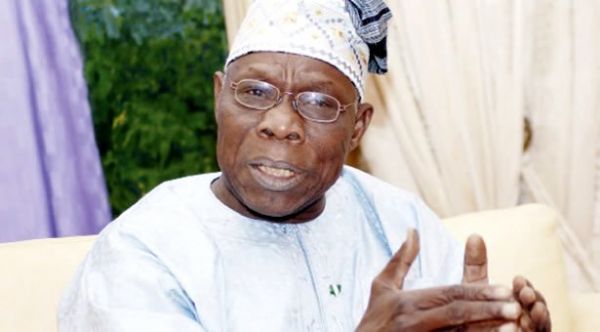 Former President Olusegun Obasanjo has faulted the report which indicated that he is not opposed to or in support of any presidential candidate in the 2019 general elections. He made the clarification in a statement by his media aide, Kehinde Akinyemi, on Sunday. “It is disingenuous, if not malicious, for anyone to suggest that Chief Obasanjo was being neutral when he chose not to use the Owu Convention as a platform for political campaign but instead adopt a communal and familial approach in talking to members of his Owu family,” the statement said.

Akinyemi said although the former President stated that he would not impress any candidates on the people, Nigerians should vote for credible candidates who would make their lives better. According to him, Obasanjo’s statement did not suggest his neutrality and he will not sit on the fence when he needs to be active for people to know where he stands in the nation’s interest. “In fact, the former President believes that only a fool will sit on the fence or be neutral when his or her country is being destroyed with incompetence, corruption, lack of focus, insecurity, nepotism, brazen impunity and denial of the obvious. Chief Obasanjo is no such fool nor is he so unwise,” Akinyemi said.

He noted that Obasanjo has reaffirmed that he was on the side of what was best for the country. The former President asked Nigerians to ‘stop complaining and go out to get beneficial change’, stressing that such change would not come if they remain complacent and inactive.