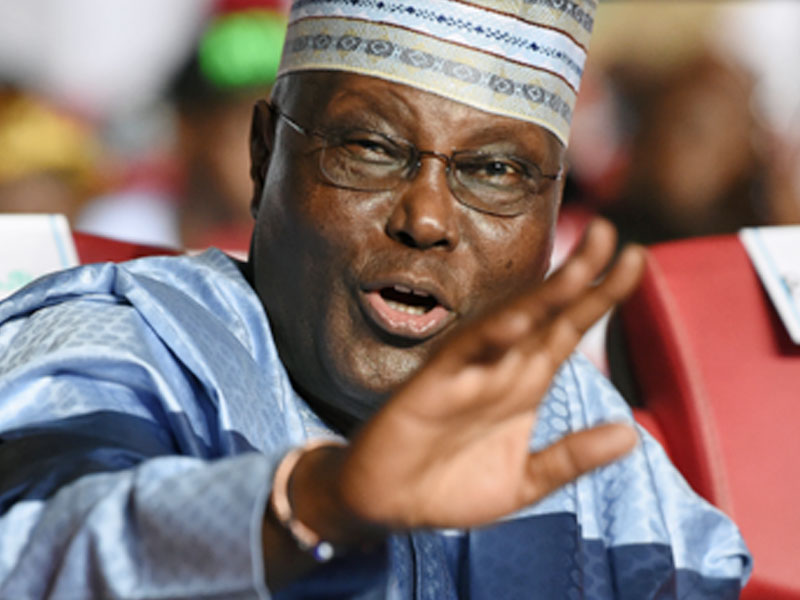 SAHARANEWS – Atiku Abubarkar who is the presidential candidate for PDP has send a strong warning to Buhari and the military over what he term excess harassment of PDP politicians.

SaharaNews gathered that Atiku gave the warning yesterday in Calabar during the party’s campaign rally, alleging that there are threats coming from military head commands on party members.

The former vice President commended the Cross River State governor, Senator Ben Ayade for his vision to industrialize the state.

A communique issued at the end of the meeting called on key participants in the electoral process to play by the rules, stressing that everything possible must be done to make the 2019 elections peaceful, credible, free and fair.It reads in part: “The tension that has been generated by the 2019 elections is getting to a disturbing proportion and we call on all actors in the electoral process to ensure that peace ensues before, during and after the elections.

“We call on the security operatives to be impartial and to focus on their main mandate of preserving and protecting the lives and property of every Nigerian and foreigners alike.”The communique asked that “Politicians should refrain from making insidious statements and anyone caught going against this should be duly prosecuted”

“We demand of the Independent National Electoral Commission, INEC, complies strictly with the provisions of the relevant laws in its conduct of the upcoming series of elections,” the group resolved even as it called on election monitors and voters to conduct themselves peacefully and in a manner that conforms to decent behaviour” stated.PDM national chairman, Bode Ajewole, said they resolved to rally behind Abubakar’s quest for the highest elective office given his contribution to the growth of democracy in the country.
Share this

JUST IN: I’ll Hand Over To Younger Nigerians – Atiku