Twitter deal temporarily on hold, says Elon Musk as he give…

EXPOSED:Buhari’s Minister Asked Me To Delay The Distribution… 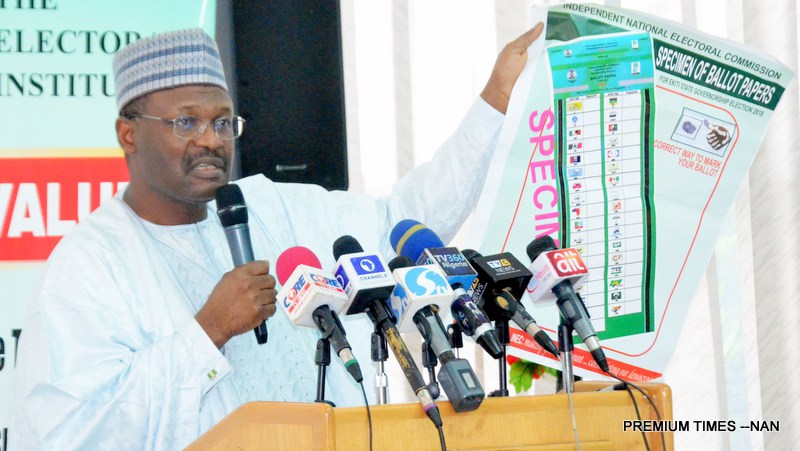 There seems to be no hope for the candidates of the APC in Rivers State as INEC has insisted that it has not reversed its decision that the party has no candidates in the impending general election in the state.

The Independent National Electoral Commission (INEC)’s declaration clashed with another decision made on Wednesday by the Court of Appeal in Port Harcourt granting stay of execution after the Federal High Court barred the Independent National Electoral Commission (INEC) from including candidates of the All Progressives Congress (APC) in Rivers state on the ballot in the coming general election.

This came as the Peoples Democratic Party (PDP) has appealed to INEC for extension of time by three days for collection of Permanent Voters Card (PVCs).

The Court of Appeal sitting in Port Harcourt had on Monday ordered a stay of execution of the Federal High Court’s ruling, which barred the APC from fielding candidates in the forthcoming general election in Rivers State.

In his ruling, Justice Mohammed Mustapha stated that all parties affected by Justice Omotosho’s judgment have appealed it, saying it would be unjust not to grant the application to stay execution of the ruling.

However, addressing journalists at an interactive session yesterday in Abuja, the INEC National Commissioner in charge of Voter Education and Publicity, Mr. Festus Okoye, said the electoral body had taken decisions on Rivers State APC.

According to him, “What the commission has done is that it has taken a position in relation to the issue of Rivers. If anything changes we will meet as a commission and also take a decision.

While commenting on the INEC office that was burnt in Abia State, Okoye said the commission expected Nigerians to be more outraged with what happened in the state.

He stressed that the commission would not be intimidated with the kind of “heartless act’’ rather it would be motivated to do what is right.

Also, the commission said that while it had signed Memorandum of Understanding (MoU) with transport unions for the movement of electoral materials on Election Day, it would not enter into agreement with any transport unions with leadership crisis.

The commission added that simultaneous accreditation and voting adopted by the commission and kicked against by opposition political parties, was meant for the Nigerian people, saying that they are happy about it.

He noted that with 73 political parties on the ballot, it was inoperative that the continuous accreditation and voting is adopted.

However, the same Court of Appeal sitting in Port Harcourt Wednesday granted another order of stay of execution on the judgment of the Federal High Court barring INEC from listing candidates of the APC in Rivers State on the ballot in the coming general election.

The stay of execution this time was given in the case between the PDP and APC.

The three-man panel Appeal Court led by Justice Ali Gumel said the decision yesterday was informed by urgency of the matter, just as it rejected the application by Ferdinand Obi (SAN), counsel to the PDP, asking the judges to recuse themselves from the matter.

The court insisted it would continue to hear the case since the President of the Court of Appeal was yet to respond to same request on discontinuity in a letter written by the PDP on the matter.

The Appeal Court however granted the desire of the PDP counsel to withdraw from the matter on grounds that further participation in the case would be of no benefit to his client.

The court fixed February 13 to hear pending motions on the matter after hearing applications in three appeals arising from the matter for which the PDP went to court asking that APC should not present candidates in the coming elections.

The court also adjourned to today (Thursday) for ruling on the application brought by the All Progressives Grand Alliance to be joined in the case between Tonye Cole and Senator Magnus Abe.Reacting to yesterday’s ruling, the Cole/Giadom Campaign Organisation of the APC described it as a victory for democracy.A statement issued by the spokesman of the organisation, Ogbonna Nwuke, quoted the APC flag bearer, Pastor Tonye Cole, as saying that although the wheels of justice grind slowly, it grants reprieve to all who come to equity with clean hands.

He said that the outcome of the decisions so far issued by the court has proved that that the cases filed by the APC against the previous rulings of the lower courts were indeed competent.

“We are pleased that a sense of justice has prevailed in righting a clear injustice designed at depriving an electorate of the freedom to choose whoever they desire to lead them,” Cole pointed out.

Meanwhile, the main opposition party, the PDP, has urged the leadership of INEC to extend the collection of PVCs by three days.

In a statement Wednesday by the National Publicity Secretary of the party, Mr., the main opposition party said information available at his disposal showed that the ruling APC had planned to use the uncollected PVCs to allocate votes to President Buhari.

The party said the demand of three days extension was predicated on reports across the country that some compromised INEC officials at the collection centres are deliberately refusing to issue the PVCs to voters thereby frustrating millions of registered voters from getting their voters cards.

According to him, “The PDP believes that this deliberate refusal to release the PVCs is part of the wider plot by the APC to disenfranchise millions of Nigerians and frustrate their eagerness to vote out President Buhari at the February 16 presidential election and elect the peoples candidate, Atiku Abubakar.”

The Peoples Democratic Party (PDP), therefore, demanded explanation from the Independent National Electoral Commission (INEC) for turning back registered voters who went to collect their Permanent Voters Cards (PVCs) and directed them to come at a later date for an exercise that is programmed to end on Friday, February 8th.

The party also called on the leadership of the Independent National Electoral Commission (INEC) not to direct the election into a needless controversy but to redeem itself by extending the closing date for the collection of Permanent Voters Cards (PVCs) by three days.