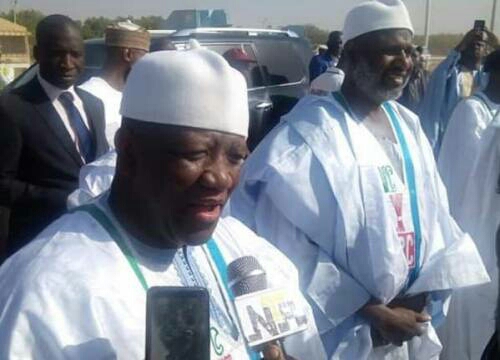 SAHARANEWS – According to Yari, INEC would make a mistake if APC candidates were excluded from contesting in the elections.

Abdulaziz Yari, Governor of Zamfara State, says there won’t be elections in the state if candidates of the All Progressives Congress (APC) do not participate.

He stated this at the APC campaign rally in Talata Mafara on Saturday.

According to Yari, INEC would make a mistake if APC candidates were excluded from contesting in the elections.

INEC had excluded the list of APC candidates in Zamfara based on an order by a Federal High Court in Abuja to the effect.

However, another High Court in Zamfara ruled that primary elections held in the state, and directed INEC to field APC candidates.

However, the list of candidates have not presented by INEC.

He assured party supporters of APC participation in the election, stating that “there would be no elections in Zamfara should INEC refused to field the APC candidates “.

“All our actions were based on court orders. We are advising INEC to obey the court order and bring out the list of APC candidates in the state,” he added.