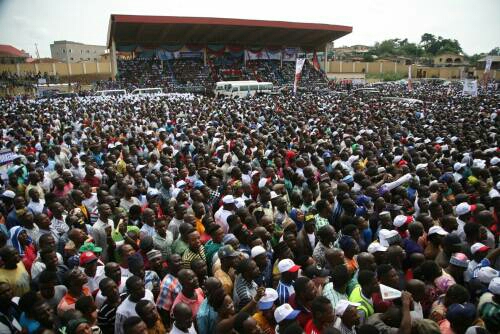 Ganduje wished the PDP a successful outing but cautioned it to ensure orderliness during the event in order to avert destruction of facilities in the stadium.

Abdullahi Ganduje, Governor of Kano State, has granted the Peoples Democratic Party (PDP) permission to use the Sani Abacha Stadium for their presidential campaign rally slated for the weekend.

Ganduje had been unwilling to release the stadium to PDP under the guise of ongoing renovation works. But a statement signed by the Commissioner for Information, Malam Muhammad Garba, indicated that the directive does not affect ongoing overhaul of the Indoor Sports Complex.

According to the statement, the Governor has directed the contractor handling the project to remove all machineries from the precincts of the stadium until the PDP presidential campaign rally is over.

“The general renovation of the stadium aimed at giving the stadium a face-lift included the installation of the new scoreboard, the running track and provision of sources for steady water supply to all parts of the stadium, but the Kano State government did not order the closure of the stadium to prevent PDP from use as widely speculated,” Garba said.

“As a democrat who believes in freedom of association, His Excellency the Governor did not order the closure of the stadium to frustrate the campaign rally of the PDP. The stadium only closed for the intended renovation works.”

Ganduje wished the PDP a successful outing but cautioned it to ensure orderliness during the event in order to avert destruction of facilities in the stadium.

(VIDEO) Unbelievable, See What Boy Did To His Alleged Girlfriend For... 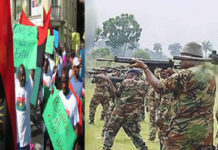 JUST IN: This is the video AsoRock and APC will do... 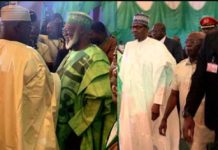 JUST IN: Buhari and Atiku Just Arrived The Venue For Signing... 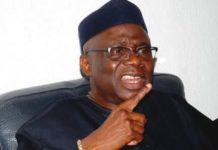 Believe Or Not, Nigeria Is Currently Under The Control Of Terrorists... 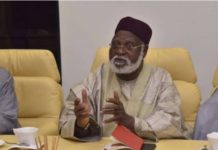