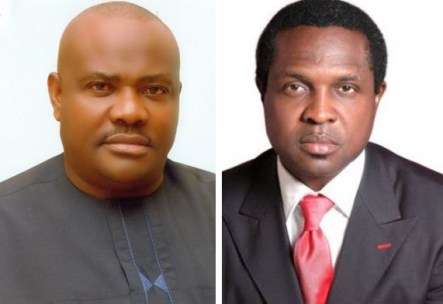 SAHARANEWS – The Rivers state governor, a member of the Peoples Democratic Party (PDP), Nyesom Wike, has taken to his official Twitter page to mock the All Progressives Congress (APC) candidates following the Supreme Court ruling which reaffirms the nullification of APC primaries in the state.

The governor, while rubbishing Tonye Cole, the candidate of the All Progressives Congress (APC) in the state on the social media said, “politics isn’t for errand boys”.

Read what he wrote below;
“Tonye Cole, you have my sincere sympathies, but politics isn’t for errand boys. Amaechi can’t rule Rivers State by proxy. Rivers people can’t let that happen.”