My Dad made Lagos more comfortable for Igbos but they choose…

2023: Amaechi Reveals Why Igbo Will Not Produce President, Advises Atiku 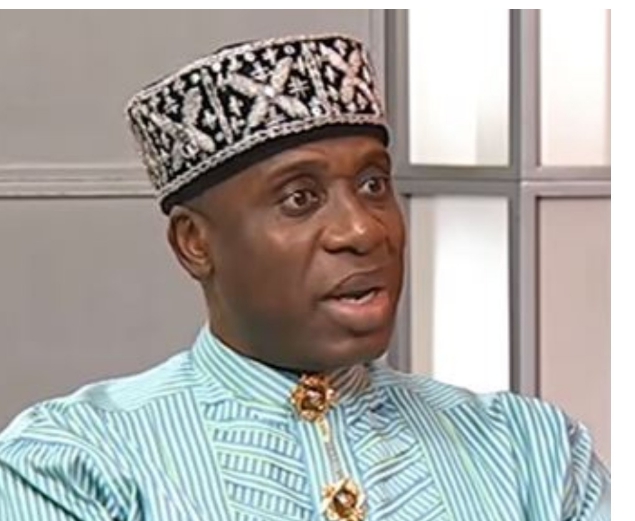 SaharaNews gathered that the former governor of Rivers State said this was simply because the South East voted against Buhari in the 2019 presidential election.

According to the Transportation Minister, people like him would have helped to bargain for Igbo Presidency had it been they supported Buhari in the last polls.

Amaechi also said that Alhaji Atiku Abubakar’s case against Buhari at the Presidential Election Petition Tribunal will amount to nothing.

According to him, “I was the first to do that [promise Igbo Presidency] but I don’t know what the situation is now.

“I don’t know what they will do now for voting against the APC. For refusing to support the APC, they cannot come to the table to demand the presidency slot.

ALSO READ:  JUST IN : I will surprise Aso Rock for denying my son in law his rights - Gov. Rochas Okorocha maintained

“For people like us in the APC, if the Igbo had come and voted Buhari, they would boldly tell Mr President and the National Chairman of the party that presidency should go the Southeast since the South-south; South-west and North-west have produced president.

“What argument would the Southeast come up with now to convince anybody that they deserve the slot for 2023 president?

On Atiku, he added, “I won’t give him any other advice because everybody wants to crucify me over the one I gave to him previously. I had told him that it was unnecessary to drag President Buhari to court.

“That he should rather allow him do his remaining four years for the interest of the country since 2023 is already here with us. Some persons felt that it was an unnecessary advice and I stopped.”

OPINION: Give 2023 Presidency To The Yorubas, Igbos Are Not Serious – Nwabufo

BREAKING: Gov Okorocha In A Fresh Trouble, May End Up In Jail After Tenure