We have reached fruitful agreement with ASUU — Buhari’s… 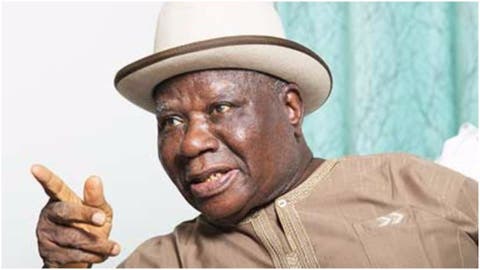 SAHARANEWS – The demand for an Igbo president ahead of the 2023 presidential election has continued to gain prominence with the latest support coming from Nigeria’s nationalist and foremost Ijaw leader, Chief Edwin Clerk.

In an interview on Monday, Chief Clerk, a former unofficial adviser to former President Goodluck Jonathan, said power should shift to Southeast in 2023 after President Muhammadu Buhari.

ALSO READ:  TRUTH:UN, EU, USA Are keeping silent on MNK Case, because he is a black man

According to him, “Nigeria’s unity demands that North and South should rotate the office of president and after President Buhari serves his eight years, presidency should return to the South and specifically go to the South-East zone in 2023.

“Some people argue that they want people who are intelligent, who have integrity and worthy personality, I dare say that such people are not scarce in Nigeria, whether in North-East, North-West, North-Central, South-West, South-South and South-East.

ALSO READ:  FLASH: Why we are Seeking to Restore #Biafra where Freedom and Dignity of Humanity will be Guaranteed.

“So also the Presidency should not remain in the North-West, it should also go to North-Central and North-East, similarly in the South, it should not be South-West, South-South and South-East

“Therefore, anybody who believes in the unity of this country knows its sustenance depends on quality leadership and ability of all sections of the country to aspire to any position in the country.”

Earlier on Sunday, Alhaji Abdulazeez Yari, immediate past governor of Zamfara state and chairman of the Nigerian Governors Forum (NGF), said the All Progressives Congress (APC) would support a power shift to the South in 2023.

In an interview, Yari said it was expected that power would shift to the South after the expiration of President Muhammadu Buhari’s final tenure, insisting, “that is how things are supposed to be.”

JUST IN: Hold Nnamdi Kanu Accountable If Anything Happens In Nigeria – Rochas Okorocha