JUST IN;We’re Fully Read for the terrorists’ attack on Lagos… 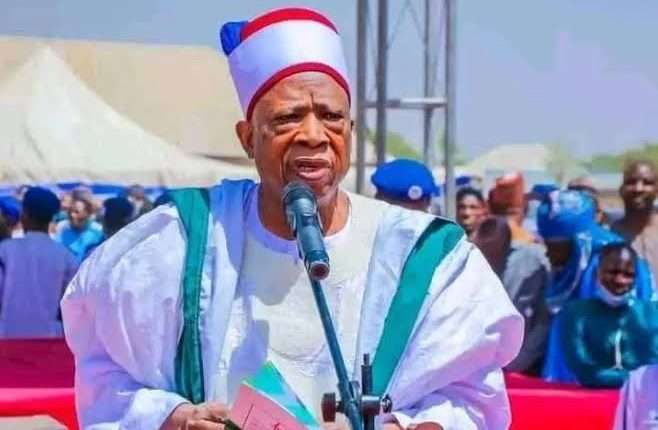 The All Progressives Congress (APC) National Chairman, Abdullahi Adamu, has expressed concern regarding the implementation of the Bimodal Voter Accreditation System (BVAS) for the general election in 2023.
Mr. Adamu stated that the Independent National Electoral Commission (INEC)’s implementation of BVAS for election transmission lacked credibility.
He pointed to issues with electricity and network failure as major obstacles that could prevent the use of the technology for the elections in 2023.
“It all started with the privilege of being a senator.However, given that we are taking a significant step toward transmitting election results in real time, we are concerned about our readiness to implement some of these transmission technologies.
He stated on Wednesday in Abuja, “To transmit results, every part of the nation – Nigeria, I’m not sure that the network covers it, I know that even in parts of Abuja, there is no network, and we have from now until February when there is no electricity in substantial parts of the country.”
In 2021, INEC implemented BVAS into the country’s election process, allowing, among other things, biometrics-based voter accreditation and the uploading of polling results.
On September 10, 2021, the electoral body used the technology for the first time in the Isoko South Constituency I by-election in Delta State.
The device was also used in the Anambra governorship election on November 6, 2021, though there were some problems.
Mahmood Yakubu, INEC National Chairman, stated that the compact device had two goals when it was put into operation in Abuja.
Mr. Yakubu stated that the goals were to replace the Z-pad for uploading the polling unit results to the INEC Result Viewing Portal (IReV) in real time on election day and to verify the authenticity of the PVCs and the fingerprint or facial authentication of voters during accreditation.
The chairman of the ruling party has attempted to cast doubt on the credibility of the BVAS, despite the fact that the 2023 presidential election is only 93 days away and that eighteen political parties have already put forward candidates for the position.
Speaking to the party secretariat in Abuja, Mr. Adamu said that the country does not project the image of a nation willing to take the risk of using such technology. He was receiving a Commonwealth delegation about the 2023 general election.
He claims that the electoral body must reassure the party and Nigerians that the proposed use of BVAS for the election will run smoothly and without hiccups.
“Because they mentioned recharging batteries, INEC must guarantee us that they will be ready when results are transmitted.However, we were informed in previous elections that it could not recharge,” the national chairman of the governing party added.
BVAS has been described as a game-changer in the country’s electoral process and an upgrade to the smartcard reader that was used in the 2019 elections by various stakeholders.
INEC had already announced that it would deploy more than 200,000 BVAS nationwide for the exercise in preparation for the 2023 election.