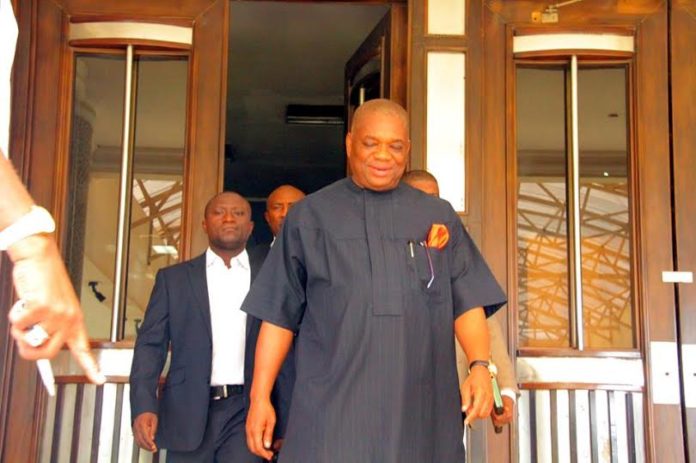 SAHARANEWS – Few hours to the inauguration of the ninth National Assembly, some members of ruling All Progressives Congress jostling for principal positions on Monday shunned a meeting conveyed by their party to ensure the emergence of Ahmed Lawan and Femi Gbajabiamila as Senate President and speaker, respectively.

The party said it was trying to persuade Senator Ali Ndume to drop his ambition.

Members of the party conspicuously absent at the meeting include Ndume, Umar Bago, Kabiru Gaya, Orji Kalu, and Francis Alimikhena.

Speaking to journalists in Abuja at the end of the meeting, the National Chairman of the party, Adams Oshiomhole, disclosed that one of the leading contenders for speakership position, Mrs Nkeiru Onyejeocha had dropped her ambition to support Gbajabiamila.

Oshiomhole noted the party was still urging Senator Ali Ndume to drop his ambition for Lawan, adding that the party knows all those who have stepped down are qualified but decided to show respect for the party.

He said, “APC caucus in the National Assembly, that is, both the senate and house of representatives, as well as all APC and members of the National Working Committee, are meeting now. It is basically to firm up all the conversations and lobbies that have been going on, we have ended up the meeting with specific conclusion.

“We have all agreed as a caucus to endorse distinguish Senator Ahmed Lawan as the APC candidate for the president of the senate and Senator Omo-Agege as the deputy senate president and Hon. Femi Gbajabiamila as the speaker. Well, for now we are still trying to talk to Ali Ndume. I believe that he is a democrat. He understands that in a democracy, it is important that he listens to the voice of the majority and accept the decisions of the majority.”

BIAFRA: What We Have Done Is Positively Unprecedented in History –... 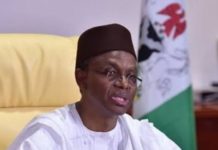 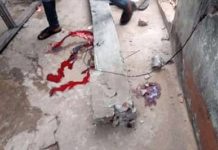 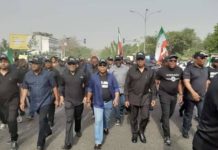 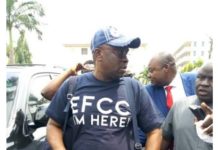 JUST IN: “I Welcome Okorocha To EFCC Alumni ” – Fayose...

Bill Against Hate Speech May Bring Nigeria To A Miserable End...