BREAKING:Lawyers In Nigeria Can Now Practice In UK, USA —… 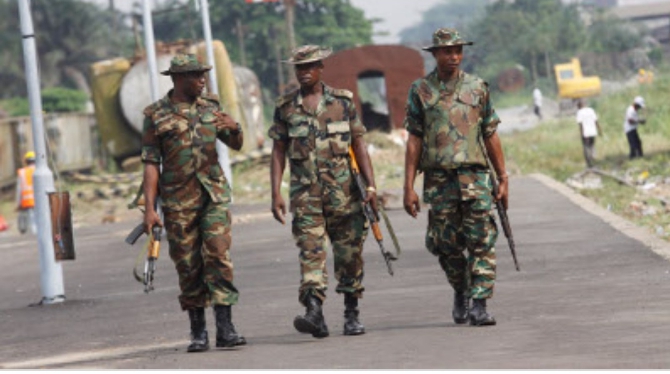 SAHARANEWS – Following the arrest of a soldier who killed a tricycle driver in Aba, some soldiers are currently stopping motorists plying the Aba-Ikot Ekpene road axis of Abia State from doing so.

SaharaNews had reported that the victim, Chimaobi Nwaogu, was shot dead by Corporal Ajayi Johnson for allegedly refusing to give N100 bribe at a military checkpoint in the state.

A road user who confirmed the development, Barr Ugochukwu Amaraizu, said the soldiers are insisting that the motorists must rebuild the checkpoint “destroyed” during a protest arising from the wanton killing.

“They are insisting that the angry youths that protested over the killing of their brother, Chimaobi, must rebuild the army hut/shade that was destroyed on that very day”, he said.

Meanwhile, SaharaNews had previously reported that the killer soldier had since been detained at the military base in Abia.

Aliyu Yusuf, Defence Deputy Director of Information, made this known while confirming the arrest of the killer soldier.

Yusuf added that disciplinary action against the corporal was in course, saying he would be dismissed and handed over to the police for prosecution, if found culpable