Lekki Tollgate Should Be Free, We Paid With Our Blood -Actor… 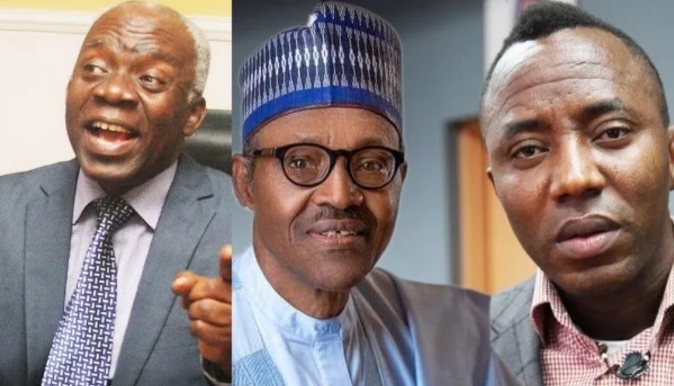 SAHARANEWS – The Department of State Services is concluding plans to secretly arraign pro-democracy campaigner and Publisher of Sahara Reporters, Omoyele Sowore, next week on fresh charges.

Sowore has now been detained arbitrarily for 57 days by the President Muhammadu Buhari government.

A source within the DSS told Guardian, “We are aware of the court order but we are still keeping him to be arraigned next week on charges that Nigerians will know of when he gets to court.”

The development is coming five days after Justice Taiwo Taiwo of the Federal High Court in Abuja granted Sowore bail and ordered his immediate release.

The DSS on Thursday feigned ignorance about the release order and on Friday stopped the court’s bailif from delivering the order for the second time to the security agency.

Sowore was arrested in Lagos on August 3, 2019 by the DSS for calling on Nigerians to take to the streets in peaceful demonstrations to condemn the poor state of leadership in the country.

Despite calls for his release from across the world, the government has failed to set him free, violating his fundamental human rights in the process.

Continue To Disobey Court Orders And Intimidate Judges, You Will Wake Up One Day To Discover That Nigeria Is No More – Fani-Kayode To Buhari