JUST IN: I Am Not Surprised At What Akpabio Is Going Through…

How El-Rufai Is Plotting To Forcefully Take Over Southern… 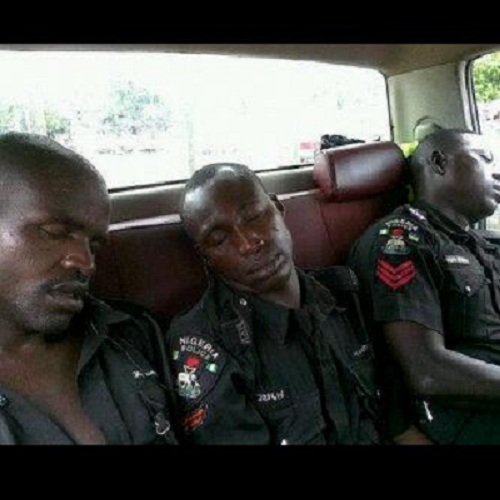 About 108 police personnel were diagnosed with different types of mental health problems last year due to stress, the Ghanaian Times newspaper has reported.

Out of the figure, four personnel committed suicide through the use of their raffles and hanging, the newspaper published in its Friday, January 18, 2019 edition.

It said Assistant Superintendent of Police (ASP) Foster Nanewortor, a Clinical Psychologist disclosed this at a health sensitisation workshop organised by the Accra Regional Command to educate the officers on the need to manage stress and its impacts that lead to negative effects.

It was on the theme “Building a resilient healthy lifestyle for effective policing”.

He said stress is any situation that put threat on the body and produces biological response.

According to him, there were three attempted suicides last year, adding that 60 per cent of the figure resorted to the use of alcohol when they were stressed.

“Over the few years, we have experienced trends of suicide among officers and this is due to the nature of our work which is very stressful, therefore we have to reach out to them on some of the things they can do to minimise stress when the need arises,” he said.

ASP Nanewortor said alcohol usage was one of the negative coping mechanisms, “in that you are faced with a situation and you drink alcohol to be able to temporarily relieve yourself from the impact of the situation on you, but at the end you create health issues and it negatively influences the brain.”

This he said could put the officer and the general public at risk.

He suggested the need to employ more mental health professionals and clinical psychologists across the country to effectively provide care for officers who would go through stress, “currently I am the only active clinical psychologist around who is practising in the service, and the others are doing other duties.”

ASP Nanewortor advised officers to find time from off duty and relax, engage in physical exercises that help the body to produce anti-stress hormones that could help them stay fit, eat balance diet.

According to her, officers should be mentally and physically sound, adding that “We need our police officers to be healthy to deliver maximum output so with this we believe that this programme would go a long way to help officers,” she said.