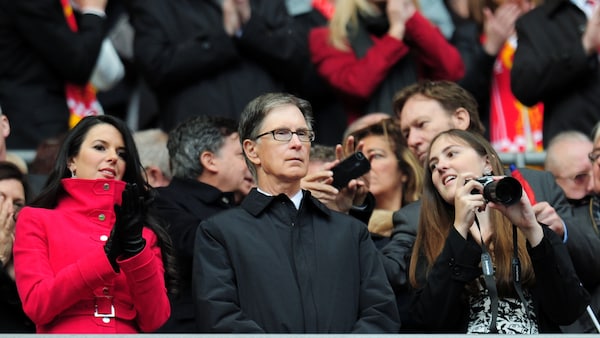 Liverpool owner John W Henry has reportedly listed his Premier League club in the market for sale. SunSport quoting New York Post revealed that the billionaire is silently listening to offers from diverse interested buyers at the moment.
The 69-year-old businessman, who also owns American professional baseball team Boston Red Sox is ready to sell the club he bought in 2010 for about $447 million.
Henry, according to the publication wants a price of around $2 billion to give up his ownership of the Anfield Stadium outfit.
Earlier this summer, Abu Dhabi tycoon, Sheik Khaled Bin Zayed Al Nahayan made an unsuccessful attempt to buy Liverpool in late 2017.
However, it is unsure if the cousin of Manchester City owner Sheik Mansour has given up his interest to take over the EPL side.

Fenway Sports Group — Henry’s holding company – denied that the club was up for sale this summer.
Football finance expert Kieran Maguire believes it is in the American’s best interest to stick it out. “FSG see a lot more growth in the club,” says Maguire to the Liverpool Echo.
“In their masterplan, they’ll believe in four to five years Liverpool will be worth closer to £3bn.
“The most recent Premier League takeover deal that went through was at Arsenal where Stan Kroenke bought out Alisher Usmanov. That valued Arsenal at around £1.8bn.
“While Arsenal have historically been able to generate more money from matchday revenue as they have a bigger stadium, Liverpool have taken steps to bridge that gap and are by far the more popular with sponsors and commercial partners because they have the history and heritage which appeals to an overseas fanbase.
“If Arsenal are worth £1.8bn then Liverpool are worth at least £2bn. And if they continue to succeed on the field then they could easily add another £500m in the next few years. From an FSG point of view, it would be daft to sell for £2bn.”
ALSO READ:  UN requests $4.4 billion to assist civilians in Afghanistan

Liverpool will hope to bounce back to winning ways this weekend after their disappointing 2-0 defeat to Red Star Belgrade in their Champions League clash.
Red Star Belgrade hammered Liverpool 2-0 in their Champions League encounter at Rajko Mitic Stadium on Tuesday, November 6.
Milan Pavkov netted both goals netted the two goals that gave his side victory over last season’s finalists.
After having had a poor start to their UEFA Champions League campaign and only managing to score a single goal so far, Belgrad managed to score two goals in one half.
ALSO READ:  IRAN vs US: “Reconsider Traveling to Nigeria,” – Trump Warns US Citizens