Miyetti Allah Drags Wike To Court Over Arrest Of…

BIAFRA: BNYL Vows To Fish Out The Real Killers Of Prophet… 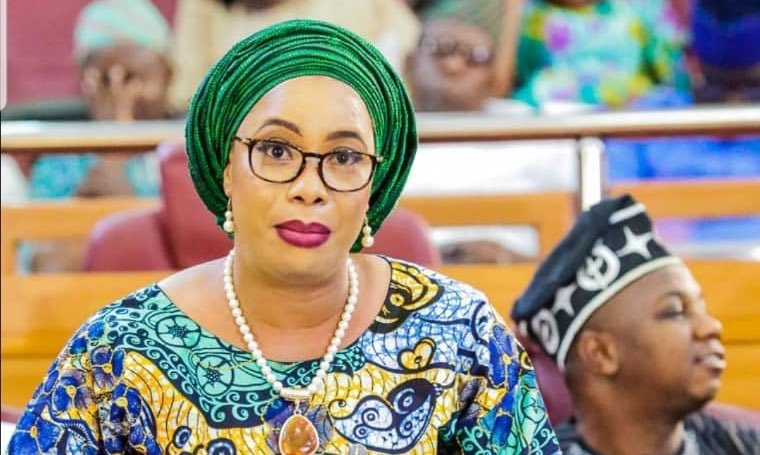 The group in a statement by Kingsley E. Nwanze, Convener, Amuwo Odofin Intelligentsia, and Gbenga N. Akinbinu, NYCN, Amuwo Odofin Chapter, said young people in the community stopped thugs from attacking businesses during the violence that broke out in Lagos recently contrary to claims by the lawmaker.

The youth said the comment by the lawmaker that Nigeria’s young people were high on hard drugs was inciting and aimed to malign the good intentions of young men and women in reforming the country.

The statement reads, “In respect of gross misrepresentation of the constituents of Amuwo Odofin Constituency One (1) in Lagos State House of Assembly by Mrs Mojisola Kehinde Alli Macaulay. We woke up to see a viral video where she alleged that Nigerian youth were high on hard drugs. According to her, this action has resulted in the sudden consciousness of Nigerian youth on social media.

“This statement is not only inciting but also callously targeted at maligning the good intentions of peaceful Nigerian youth in birthing a Nigeria that works in the interest of all her citizens.

“We would like to state emphatically, that we are not in support of destruction of properties by hoodlums. It is on record that Amuwo Odofin youth protected all business premises within the local government and they were highly commended by well-meaning Nigerians including the Executive Chairman of the local government council, Engr (Dr) Valentine Oluwaseyi Buraimoh.

“It is unfortunate that our representative at the Lagos State House of Assembly did not have a good grasp of the positive contributions of Amuwo Odofin youth during the crisis that ravaged other parts of Lagos State.

“It is more saddening to hear that our representative is joining a bandwagon in regulating the social media space for selfish reasons. Nigerian youth are synonymous with social media and that has been the only available platform to vent their frustrations and misgivings about government irresponsibility.

The group, therefore, called for her immediate recall from the Lagos State House of Assembly.

“We seize this opportunity to inform the global community and Nigerian populace that our representative has not in any way made an attempt to sponsor or support bills aimed at addressing youth unemployment in Lagos State.

“The following under-listed are the grounds for her immediate recall from the Lagos State House of Assembly.

“She does not have a functional constituency office as required by law within the constituency for almost two years in office.

“She has not prepared any bill aimed at improving the lives of her constituents and by extension Lagos State.

“Her continuous representation is totally against the wellbeing of her constituents.

“It was widely circulated on major social media platforms that she used COVID-19 palliative items as gifts at her last birthday party.

“She has refused to give her account of stewardship at the Lagos State House of Assembly since she assumed office.

“She has also religiously remained inaccessible since she assumed office.

“These grounds have given impetus to the commencement of legal proceedings in recalling her as our representative at the Lagos State House of Assembly.

“This document is signed on behalf of the good people of Amuwo Odofin Stakeholders Consultative Forum.”