We Are Not Interested In Your Apologies, Until We Catch Any… 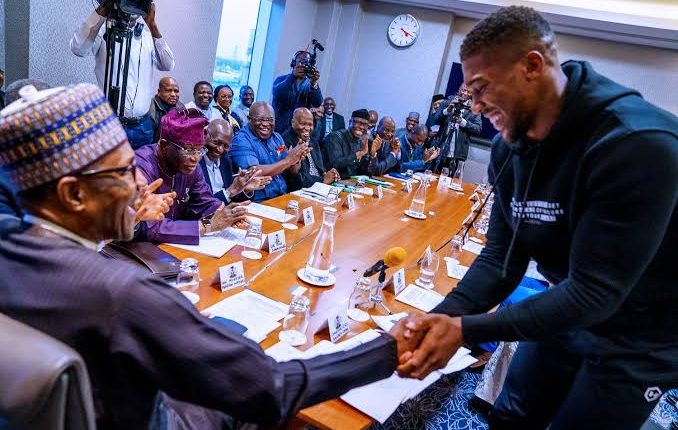 He also expressed appreciation to his London fans.

ALSO READ:  'It's not true' — Senator Abaribe refute report of his arrest

“Keep positive even if the world’s crumbling in front of you! London, I love you and thank you each and every time!” AJ wrote.

However, Omokri took to his social media account to express sadness over AJ’s defeat.

Posting a picture where Anthony Joshua was seen taking a picture with the President Muhammadu Buhari, Omokri wrote, “Everything Buhari touches suddenly disappears.”

Recall that the heavy weight Champion met President Muhammadu Buhari during his trip to London for the UK-Africa Investment Summit 2020.