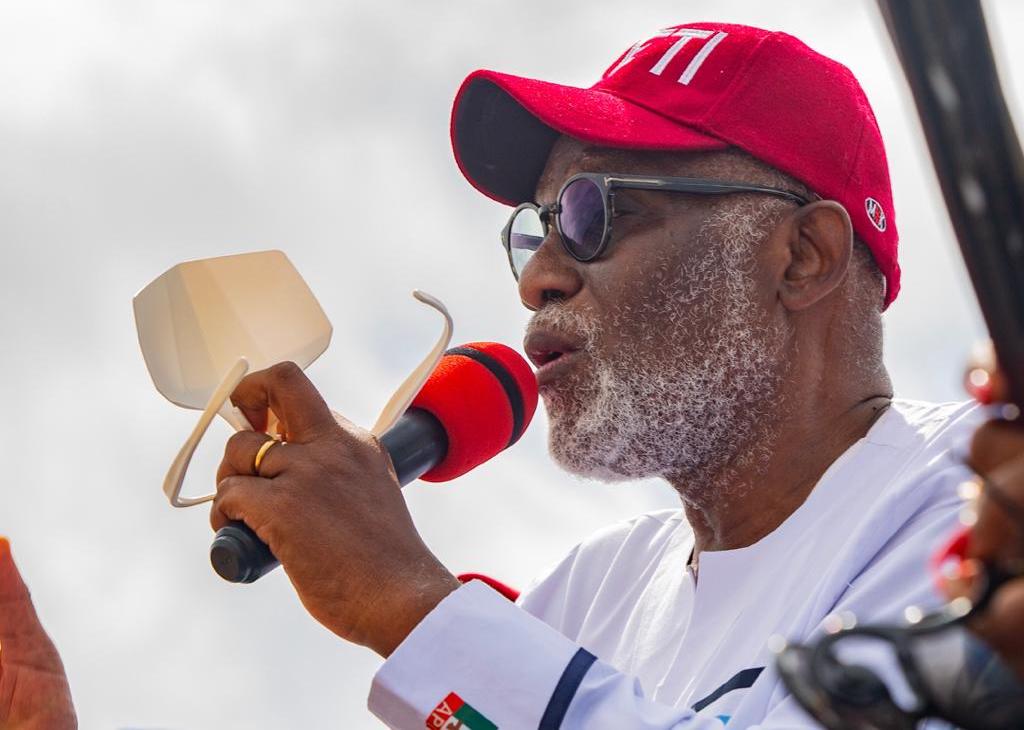 Following a clash between supporters of the All Progressives Congress and Peoples Democratic Party in Ondo State, Governor Rotimi Akeredolu has fingered a federal lawmaker from the state, Hon. Omolafe Adedayo, as the cause of the violent clash.

Omolafe, popularly known as “expensive”, is the lawmaker representing Akure South/Akure North Constituency of Ondo State at the House of Representatives.

The lawmaker is also a member of the Peoples Democratic Party.

Both supporters of the APC and PDP had on Saturday and Sunday clashed at the popular Oba Nla area of the state, sending panic across the state.

Speaking on Sunday in a statement by spokesperson for his campaign organisation, Olabode Richard Olatunde, Akeredolu said the latest attack, thuggery, and wanton violence by the PDP was the height of insensitivity.

He said, “The thugs launched attacks on anyone seen with APC branded items like clothes and caps, as well as taxi drivers with Akeredolu stickers on their vehicles at Obanle in Akure last night.

“The Akeredolu/Aiyedatiwa Campaign Organisation is shocked by this latest reign of violence, wherein some PDP leaders, in a brazen display of wickedness and barbarism, supervised attacks on members and supporters of APC at the Obanla junction in Akure metropolis.

“We note that Oba-nla junction is the political base of some PDP chieftains, like the member of House of Representatives, representing Akure South/Akure North Constituency, Adedayo Omolafe, popularly called Expensive.

“Therefore, the source of this latest wave of thuggery and violence should not be far-fetched.

“We know that the popularity of the APC candidate, Governor Rotimi Akeredolu has become a source of worry to the PDP.

“But rather than seeking legitimate means to shore up support, the party is bent on decimating the overwhelming and massive support that the APC is enjoying across the state, ahead of Saturday’s governorship election.

“It is unfortunate that the PDP continues to move on this path of perdition despite several appeals. Our charge to security agents to stop the party from turning our dear state into a theatre of war in the name of election suffices and shall be sustained. This is to underscore our resolve not to seek self-help as we inch towards the election day.”

But in his own reaction, Mr Omolafe accused Governor Akeredolu of turning the truth upside down concerning the violent attack in the state capital.

Omolafe in a statement by his aide on Public Affairs, Mr Kehinde Omoniyi, said the governor was also trying to exonerate himself and the thugs of the APC led by Chairman of the National Road Transport, Jacob Idabo, best known as “Idaho” from the mayhem.

He said, “The said attacks and sporadic shootings at Obanla, Odopetu and other hot spots in Akure were carried out in the full glare of bewildered members of the public by some notable thugs of the ruling All progressives Congress with the active involvement of Mr Adebo Idajo- Ondo State Chairman, National Union of Road Transport Workers.

“In recent days, it has become a source of concern in Ondo State, the brazen destructions, shootings and killings at the behest of the ruling APC, obviously as a result of its decline popularity and fear of rejection at the polls by our conscious electorate.

“The outgoing government has resorted to different forms of braggadocio and lawlessness to disturb the hitherto peaceful coexistence of all the decent inhabitants of our dear state.

“Our Principal, Hon. Omolafe Adedayo, who at different fora, always preaches peace and decency in all his campaigns and would not encourage, covertly or overtly rascality among party members to gain undue electoral advantage for our highly favored governorship candidate Eyitayo Jegede, SAN, who is poised to win, according to the popular demand,  this week Saturday’s gubernatorial election.”