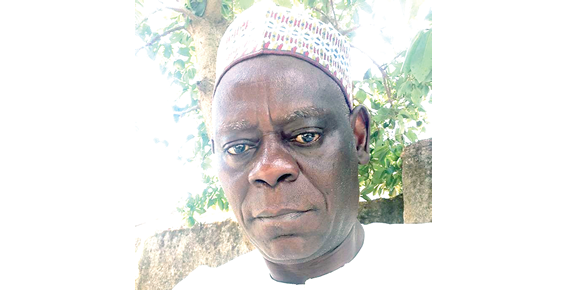 The immediate past Secretary-General of the Arewa Consultative Forum, Anthony Sani, has said he is not in support of regional outfits such as Amotekun in the South-West and the recently launched Eastern Security Network for the South-East.

Sani noted that what Nigeria needed to tackle insecurity was to empower the police by way of expansion of the workforce, training, equipment and motivation by salary increment – and not by creating regional outfits.

The ACF chief noted that northerners living in the South-South and South-East regions of the country would not be threatened by the creation of the Eastern Security Network created by the Indigenous People of Biafra.Kanu had, on Saturday, launched the regional outfit via a live Facebook broadcast, which he explained, was necessitated by the current security situation in major parts of the country.

He said the objective of the security network is to protect the regions from “Fulani criminal activities.”

According to the IPOB leader, the outfit is a replica of Amotekun launched by the South-West governors to curb insecurity in the region.

Speaking to SaharaReporters on Tuesday, Sani described Kanu as unfit to launch a security network.

He said, “This Kanu of the IPOB we are talking about; who is he to even launch a security outfit? What is his stand in the South-South and South-East? His group has been banned. He has run away, and he is afraid of coming to Nigeria, and you are saying he is announcing a security outfit. “To announce and operate where he is? The security outfit can’t even be implemented because he is not in Nigeria. So how can we be threatened by someone who is somewhere else and claiming he has an outfit in Nigeria?”

Speaking further, the Ex-ACF scribe said the police should be reformed by way of having enough number of adequately trained and properly equipped personnel to enable them to live up their mandate.

He added, “The problem of this country is the inadequate number of trained policemen who are well equipped. Other security outfits are also not well equipped; the numbers are not enough; they are not well trained; do you think they will perform magic?

“I am not really in favour of all these regional outfits. I am more towards empowering the police by way of number; who are well trained, equipped and well-motivated by way of salary allowance and logistics to secure the country.

“The issue is not the multiplication of security outfits but poor funding; ill equipping of those available.”

“Where Should We Run To?” – Nigerians React To Aisha Buhari’s Relocation to Dubai