JUST IN: We’ll boycott presidential poll, but vote out Abia,… 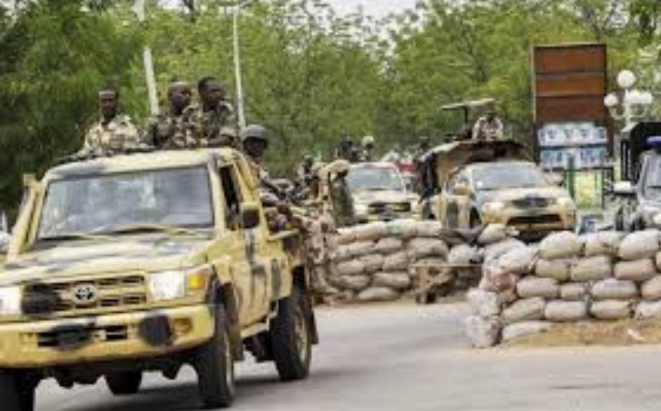 SAHARANEWS – The Nigerian soldiers arrested for allegedly raping a university student on Wednesday should be handed over to the police for prosecution, the Governor of Ondo State, Oluwarotimi Akeredolu, has directed.

The Commissioner of Information for the state, Donald Ojogo, in a statement on Saturday, said the governor urged the Nigerian Army to immediately hand over the soldiers who raped the student at the Akungba-Ikare military checkpoint.

The Brigade Commander, Zakari Abubakar, had earlier announced the arrest of the soldiers involved

He had also said that the army would do further investigations on the matter.

The Adekunle Ajasin University, Akungba Akoko, where the victim is a student, has also set up a committee to investigate the incident.

According to the statement, Mr Akeredolu finds the alleged offence “callous, mindless and heart-aching that it was said to have been committed by soldiers whose presence ought to be a succour to the people, especially the vulnerable, in the face of the heightening wave of violence and insecurity in the country.”

The statement further said the Ondo State government would do all within its powers to fight this menace of rape in the state.

“Rapists or those who wish to traverse this ignobly desecrating path will find Ondo State too hot as a refuge for such nefarious act,” the commissioner said.

“Government shall be firm and decisive”

“Reassuring as this effort appears, Governor Akeredolu is unequivocal and unwavering in his insistence that the suspects be handed over to the Nigeria Police for immediate prosecution,” read the statement.

“The full weight of the law must be tested in this particular case to serve as a deterrent to others who seek to undesirably, take advantage of the unprotected.”

The Akungba-Ikare army checkpoint was established following repeated cases of kidnapping and armed robbery in the area.

Bank robberies have been frequent with huge human casualties. The checkpoint’s proximity to Ikare was to deter criminals and ensure swift response in times of attacks.

Recall that SaharaNews had earlier reported that soldiers Gang-Rape a student at Akungba Ikare checkpoint.

JUST IN: The Kidnappers Are Fulani Herdsmen – RCCG Pastors