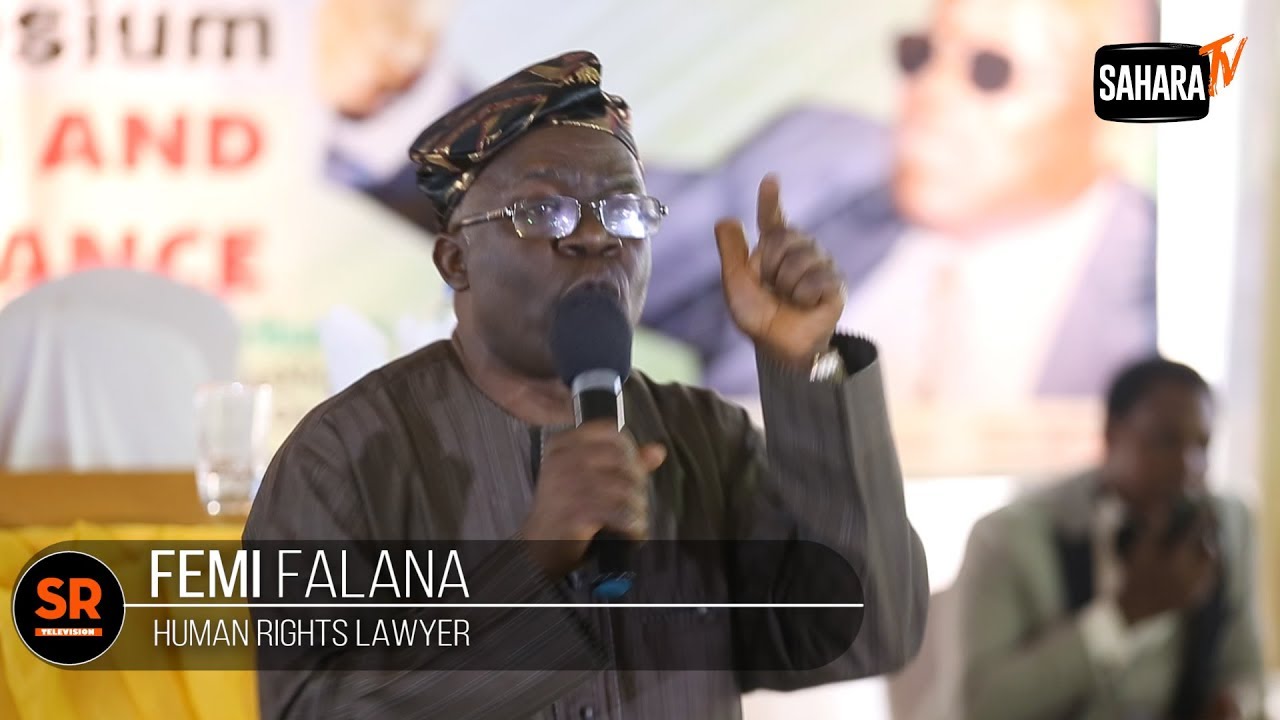 Barrister Femi Falana, Senior Advocate of Nigeria (SAN) in this phone interview with Cable Television, Arise TV on Wednesday, speaks on the attack on peaceful protesters at the Lekki Tollgate in Lagos.

For the benefit of Nigerians, can you help us break down your article published in a national daily on how the Federal Government has mishandled the EndSARS protest and what could be done at this time that there is anarchy on the street?

First of all, I am shocked beyond expression because what has happened in the past few hours in our country speaks volume with respect to the mismanagement of protests in our country. And what I was saying in that article essentially is that whereas, this protest which has lasted for about 11 days was very peaceful, well organised, well conducted, and I can say this without any fear of contradiction.

I have been taking part in protests since my undergraduate days, in fact, as far back as 1978 when we had the ‘Ali must go’ crisis of that year against commercialization of education in Nigeria. And since then, I have led protests, I have taken part in protests and I can tell you that I have never witnessed the degree of organisational capacity and commitment of the young men and women who have engaged in this protest.

Do you think the government can meet the demands of the protesters?

For me, it was so easy to meet the five-point demands of the protesters. But what did the government do, they just embarked on name change from SARS to SWAT and you men and women were asked to wait for more reforms.

Unfortunately, like our own generation, the young men and women have been used to promises that were never fulfilled. So they say ‘if we leave the streets, we are sure it is going to be business as usual and therefore we shall remain peaceful in our points, please carry out other reforms while we remain on the streets staging our peaceful protests’.

Unfortunately, sponsored thugs were allowed to introduce mayhem into what was acknowledged all over the world as peaceful. People are mistaken and what I am saying in my article is that what is the role of the state? It is to deal with criminal elements. And in all the pictures that I have seen, I have never seen footage where the security forces, the police in particular, have fired teargas canisters, or fired rubber bullets or used water cannons to disperse the protesters or the criminal elements. I have taken part in protests before and there was no time that the government wanted to disperse us that they did not ask the police to use very concentrated teargas canisters, what has happened in this case?