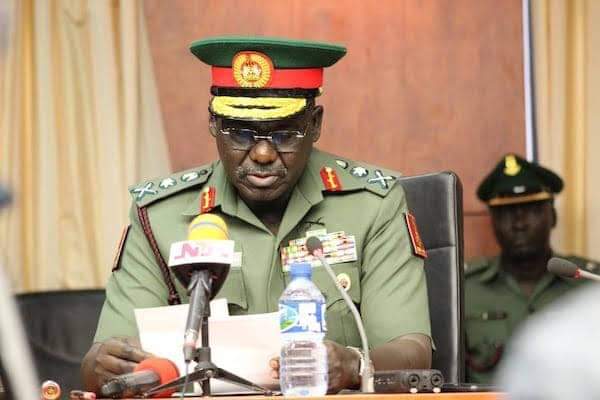 SAHARANEWS – Following a video clip circulating online where the Boko Haram terrorists are seen killing the Nigerian soldiers, the Nigerian army has fingered the Indigenous People Of Biafra, IPOB.

The army has accused IPOB of fabricating the story.

The Acting Director, Army Public Relations, Sagir Musa, in a statement on Wednesday said that the video was not an occurrence that took place in Nigeria.

He urged the public and personnel of Nigerian army, especially those in the North East theatre of operation, to disregard the video.

ALSO READ:  BREAKING: Nnamdi Kanu Vows To Stop Uzodinma, Says Imo People Must Be Allowed To Choose Who Governs Them

According to him, it is a video concocted to cause disunity and fragmentation of Nigeria.

“Accordingly, the call by one Simon Ekpa, (the principal actor in the clip), calling on soldiers of South East extraction presently serving in the North East to desert the Arm

“Also, the call on South Easterners not to join the Nigerian Army is an obvious indication of the essence and objective of the masterminds of this fake video which should be discountenanced by the public.

“Meanwhile the leadership of the Nigerian Army wish to also reiterate its unflinching commitment to sustain the war against terrorism.

“It shall not be deterred by the evil machinations or propagandist activities of mischievous persons whose main interest is the disunity of our beloved nation,” he said.