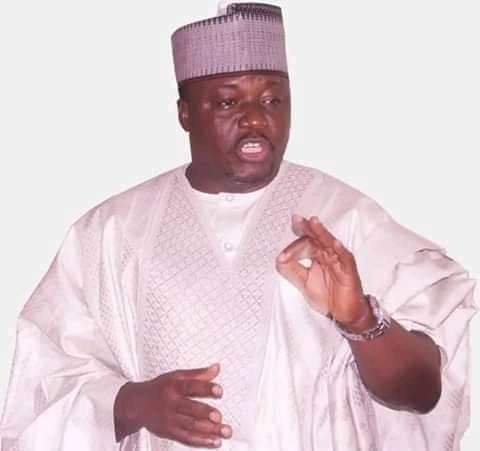 AYCF President-General, Yerima Shettima explained that Adesina was not doing well as a presidential spokesman, hence the need for him to resign.

Shettima spoke while reacting to calls for Adesina’s resignation over the whereabouts of Buhari and his Vice, Yemi Osinbajo.

Speaking with newsmen , the AYCF President-General said Adesina has found himself in a situation where he continues to ” turn black to white.”

According to Shettima: “On the issue of Buhari and Osinbajo’s whereabouts, it is sad that a country such as Nigeria with a population of over 200 million does not have leaders in place.

“It is sad that leaders of this country do not see themselves making sacrifices in the interest of the entire country. They have all become so large and this is unfortunate.

“However, it is sad that Femi is not doing well at all as a presidential spokesman. This is a man I have so much respect for and knew him to be a very good and intelligent journalist, but all of a sudden, he started messing up and I think that was when he joined APC.

“If I were him, I would have resigned long before now because there are certain things that are not real around him, and he has found himself in a situation where he has to make black to become white, so he has a lot of challenges.

“I have always respected him because he’s a gentle man. I know him personally, but it’s unfortunate that he has turned out to be something else.

“The beauty it is that no matter how he goes about it, he should have asked of the whereabouts of people like Reuben Abati, and Adeniyi. His own case is even worse.

“As gentle as he is and I know, Adesina should have resigned because he has found himself in an unfortunate situation.”