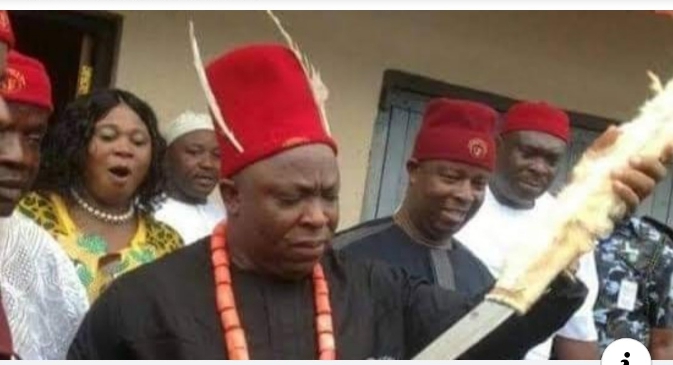 SAHARANEWS – The former chairman of APGA chief Victor Umeh has told members of the Indigenous people of Biafra, POB, to erase the thought of attacking the governor of Anambra state, Willie Obiano or be ready to face him if such action is carried out.

He made this known in a statement in Abuja when addressing a group of corp members from Anambra extraction who paid him a courtesy visit at his residence in Asokoro.

“We will not Tolerate any attack on members of our party most especially the executive governor of Anambra who is the leader of our party.

“APGA belongs to Ndi Igbo and no body can attack an APGA sitting governor without a fight from Igbo nation.

“We condemn the recent attack on Sen. Ike Ekweremadu in Germany, and we are using this medium to advice any group of people whose plan is to attack the governor of Anambra State to desist or face the music when the time comes,” he stated.

He also thanked the people of Anambra central for giving him the opportunity to have served as senator in the 8th Assembly, and also promised to continue to speak on behalf of Ndi Igbo in one indivisible Nigeria.