BREAKING:Iranian researcher was executed with distantly… 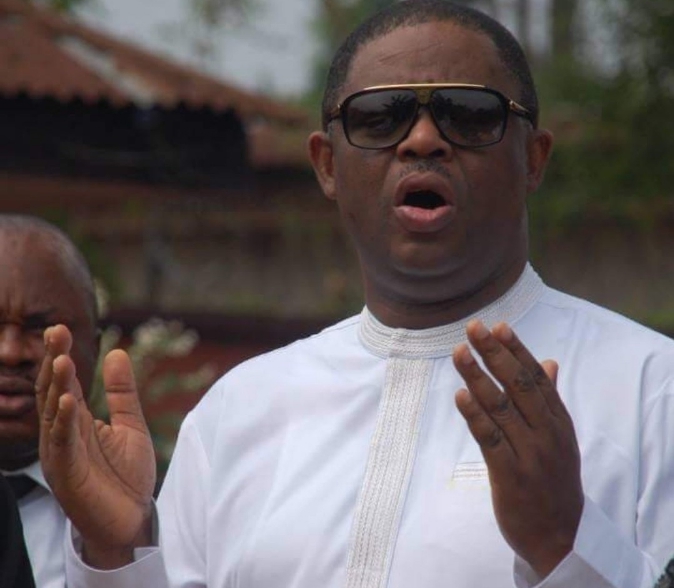 SAHARANEWS Chief Femi Fani Kayode has extended his sympathy to the former deputy senate President of the 8th Assembly, Senator Ike Ekweremadu following humiliation he faced by aggrieved members of the Indigenous People of Biafra during a Yarm festival in Germany.

The People’s Democratic Party stalwart and former aviation minister, in a post on his Twitter handle (@realffk) described the attack as an eye opener and a clear signal to every political leader.

He advised political leaders to take the issue raised by the South East youths seriously, adding that the youths, following their aggressive display in Germany, shows that they are angry.

Kayode further advised Political leaders in Southern Nigeria to stand up to defend the youths or stand outside to see them defend themselves.

The post reads: “What happened to my friend and brother Sen. Ike Ekweremadu in Nuremberg, Germany at the hands of IPOB is an eye-opener and clear signal to every political leader in southern Nigeria!
“The people of the south are getting angry and you either stand up and defend them or stand aside!”

The Indigenous People of Biafra, (IPOB), in statement signed by the group’s Media and Publicity Secretary, Emma Powerful, owned responsibility to the attack and explained what actually transpired as thus:

“Today being the 17th day of August 2019 the Nuremberg IPOB family in Germany in keeping with the long standing directive from our leader to hound all instigators of Operation Python Dance, is glad to report that Ike Ekweremadu was confronted and duly hounded out of a so-called New Yam Festival event in Germany.

“Despite repeated warnings to the organisers of these jamborees that Enugu, Ebonyi and other parts of Biafraland is under siege by Fulani caliphate and their collaborators within, they went ahead to invite a known traitor, co-conspirator and one of those that worked with Igbo governors to proscribe and tag IPOB a terror organisation while they never raised any voice against murderous Fulani herdsmen.

ALSO READ:  JUST IN: RAC Centre Abam.... PDP has been denied access to the place while APC Leaders are Inside - see video

“This should serve as a warning to Nnia Nwodo, Dave Umahi, Okezie Ikpeazu, Willie Obiano and co that any day we find them in a public event abroad, they will be humiliated. IPOB is strategically located in over 100 countries around the world. Anywhere we find them, they will be dealt with.”

The Beating Of Ekweremadu, Though Condemnable But So Much To Learn From