BREAKING: Tension And Anxiety In Enugu Community As Unknown… 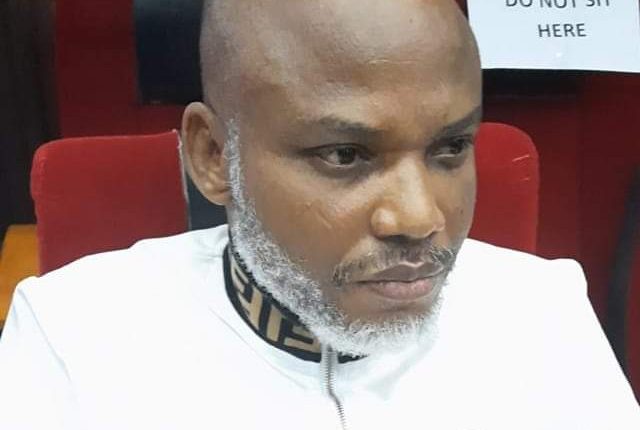 A British envoy in Nigeria has arrived at the federal high court in Abuja for the trial of Nnamdi Kanu, leader of the Indigenous People of Biafra (IPOB).

The UK representative arrived in a white Toyota Highlander around 8:03 am on Thursday.

Kanu, who holds British citizenship, was arrested in June and brought to Nigeria to face trial for treasonable felony.

Tariq Ahmad, junior minister at Britain’s foreign office, had said the UK asked Nigeria to explain how Kanu was arrested.

ALSO READ:  Matter of Kanu can't be solved in court even if you bring the best lawyers — Statesman tells FG

While in the UK, he set up a militant arm of IPOB whose aim, according to Emma Powerful, IPOB spokesman, is to “halt every criminal activity and terrorist attack on Biafraland”.

Aloy Ejimakor, Kanu’s counsel, had said the DSS prevented his client from seeking assistance from the UK.

The IPOB leader is to be re-arraigned today on a seven-count charge as against the five counts he was previously answering to, bordering on treasonable felony and terrorism.