“We Will Never Allow Nigeria Break Up, Usman Dan Fodio…

I’m Taking A Short Rest In London, Buhari Says In…

BIAFRA: Gowon Should Speak Up On The Genocide Against Biafrans Now He’s Still Alive — Moghalu 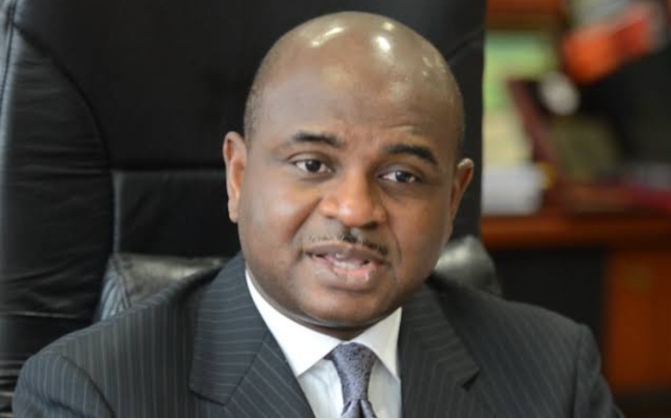 SAHARANEWS – Former Presidential Candidate of the Young Progressives Party, YPP, Prof. Kingsley Moghalu has challenged Nigeria’s former head of state, Gen. Yakubu Gowon to speak up about the genocide and all the other atrocities committed against the people of former Eastern Nigeria.

Moghalu said Gowon has the best opportunity for that now that he is still alive. According to Moghalu, it was ethically wrong for Nigeria to be participating in the commemoration of the Rwanda genocide when worse atrocities that were committed in their own domain remain buried.

In the same vein, wife of the former Biafra leader, Mrs. Bianca Ojukwu alleged that the adamant being kept on the genocide against Biafrans was state-sponsored suppression, which she said will not do the future of Nigeria any good.

Moghalu while delivering keynote speech on the theme Ndigbo in the Contemporary Nigeria Politics: problems, prospects and Way forward, said that Gowon as superintendent of the war has long overstayed without making comments, his regrets or handicaps of the war.

He also said that it was high time other Nigerians purged themselves of prejudice against Ndigbo as a result of the war, adding that Ndigbo should on their own need to forgive and not remain permanently bitter, so as to politically compete with the rest of Nigerians.

Moghalu said: “In Nigeria we have continued to ignore the Biafra genocide while the country sends people to Rwanda every year over the same genocide that was committed there. This is a big double standard.

“We cannot build a country based on a disconnected political narrative. Nigeria’s civil war should no longer be swept under the carpet and the leaders of the civil war are still alive today. The war must be addressed.”

On the way forward, Moghalu suggested that the Nigeria archives should be declassified after 49 years of the end of the war, stating also that the Igbo should contest for Nigeria presidency in 2023. “We should pursue these objectives as a matter of priority, through persuasion.

Igbo has over 30 million registered voters in Nigeria, spread across different parts of the country.” He disagreed that Ndigbo should only seek for a restructured Nigeria and leave seeking for a Nigerian president of Igbo origin.

He said that the two were not mutually exclusive, noting that the Igbo can go for both Nigeria presidency and at the same time negotiate for restructuring and electoral reforms.

On the emergency of the Indigenous People of Biafra, IPOB, Moghalu said that “IPOB is a cry for justice” which was not supposed to be branded as a terrorist group when other renowned criminal groups were left free without any stigma.

BREAKING: Fani-Kayode Blasts Osinbajo, Asks What He’s Doing In The Office As VP