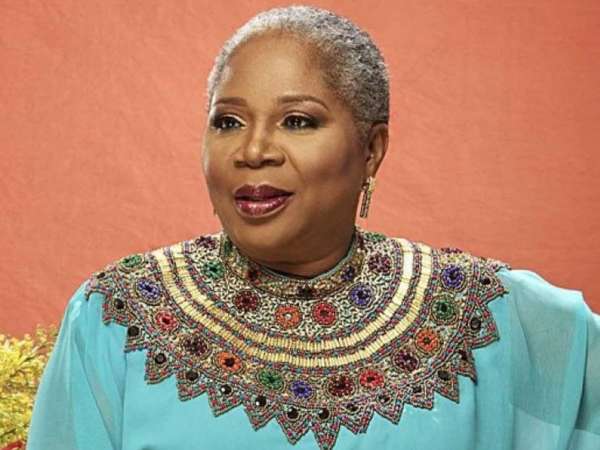 Nigeria’s music legend, Onyeka Onwenu, has said that she would not be afraid to go back to the South East, if the planned Republic of Biafra, being canvassed by some people in the region, is realised.

The popular artiste stated this at the pre-book launch media briefing held on Tuesday, in Lagos.

Onyeka, popularly known as Elegant Stallion due to her exploits in the nation’s music scene, spanning decades, stated that though she’s married to a Yoruba man, from the South West, and her children, from the region, that would never stop her love and fondness for her place of origin.

She, however, charged Nigerians to play less on tribalism, but focus on the positives inherent in the different ethnic groups, making the country.

The music icon also called on the people of the South East, especially those in the diaspora, on the need to develop the region; which she said had continued to suffer marginalization and neglect from the government at the centre.

“It doesn’t take away whatever you are doing in Lagos, Abuja or Port Harcourt. You are free to live and do business wherever you are but remember back home. We are being marginalized for a long time. And our people have always done things for themselves.

“We built the Imo Airport. I was part of the process. It remains the only airport in the country that was built by the citizens and handed over to the Federal Government.

“My father went to school abroad, people in his home town collected money and supported him. That’s how we do things, we are communal people. So, I’m not afraid to go back home,” she stated.

Onyeka explained that the new book, titled ‘My Father’s Daughter’, is designed to give inspiration to the younger ones, especially the younger feminine gender, since it encapsulates her low and high moments, through life.

According to her, the book, which would be formally unveiled on Thursday, October 1, this year, would be in e-version and audio and accompanied with some classics of the music legend.

THE TRUTH:Yoruba will be at war for 100 years if Nigeria breaks up,They can’t meet Igbos Standard – Bisi Akande