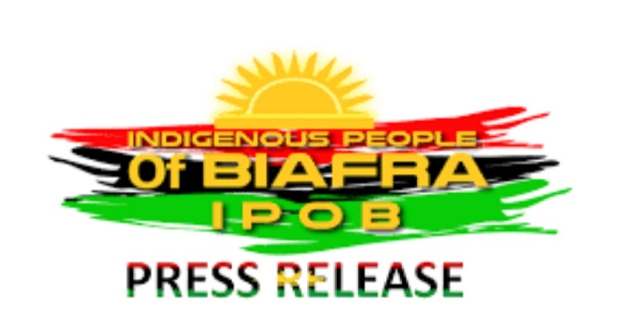 The leadership announced on Tuesday through a statement signed by the Head of Directorate (HoD), Chika Edoziem, said ban takes effect immediately.

It, therefore, declared that any further collection of tax or levies is an illegal and gross act of insubordination, appealed to all coordinators to obey the new directives.

It also noted that any Levy to be made for any purpose will be communicated by the IPOB Directorate.

read the statement in full:

MEMO ON LEVIES IN BIAFRA LAND
In furtherance of the Directive from the leader of the Indigenous People of Biafra worldwide Onyendu Mazi Nnamdi Kanu to the effect that all forms of levies in Biafraland irrespective of the nomenclature given to such levy is banned, the Directorate wishes to reinforce the importance of absolute compliance to this directive with this Memo.

From this day the 2nd day of October 2019, any coordinator in Biafraland from the National to the Unit coordinators who do not possess the requisite discipline to obey this directive from our leader should put in his resignation letter.

Apart from monthly donations which are exempt from this directive, any other levy that will be demanded by any coordinator in Biafraland is illegal, a gross act of insubordination and will attract outright expulsion from the IPOB family. If there is any need for levies to be imposed in Biafraland, the Directorate will issue proper instruction in that regard.