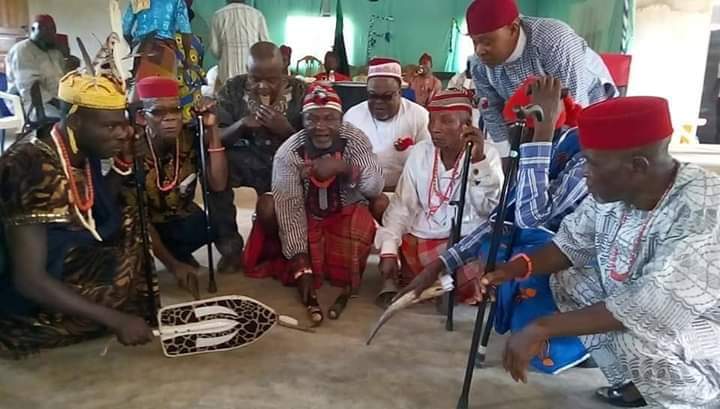 SAHARANEWS – The leader of Biafra Indigenous Council of Elders (BICOE), His Lordship, Bishop Tete Peter, has out-rightly condemned the despicable and inhuman attack of the Nigerian Police Force on the person of Barrister Ifeanyi Ejiofor.

The address made public by Igwe I.I.O. Orji, BICOE Publicity Secretary, strongly described the action as barbaric and unprofessional to the ethics of policing. The murderous attack/carnage resulted in the death of at least four members of the Indigenous People of Biafra (IPOB), varying degrees of injuries inflicted and burning down of residential houses belonging to Barrister Ifeanyi Ejiofor, his just deceased brother, Reverend Chukwukpelum Ejiofor and others within the neighborhood.

Barrister Ifeanyi Ejiofor it should be noted is the legal counsel to Mazi Nnamdi Kanu, the leader of the Indigenous People of Biafra (IPOB). The action of the Nigerian Police Force, Anambra State Command, is most sacrilegious, unacceptable and totally condemnable.

Biafra Indigenous Council of Elders (BICOE) also stated that the murderous attack is a big blow to IPOB which must not be treated with levity by relevant international authorities. They have to ensure that armless, law abiding IPOB family members are protected and defended. Bishop Tete Peter also called on the Nigerian Bar Association (NBA), to rise up to their responsibilities by taking action in defense of their member to forestall further attacks.

ALSO READ:  BREAKING: No Going Back On Fulani Vigilante In The South East - Miyetti Allah

Declaring Barrister Ifeanyi Ejiofor wanted by the Anambra State Commissioner of Police – CP Haruna, is tantamount to the destabilization of the Barrister’s personality/career aimed at destroying his business as a legal practitioner.