TRENDING: Buhari “clone”, a president who… 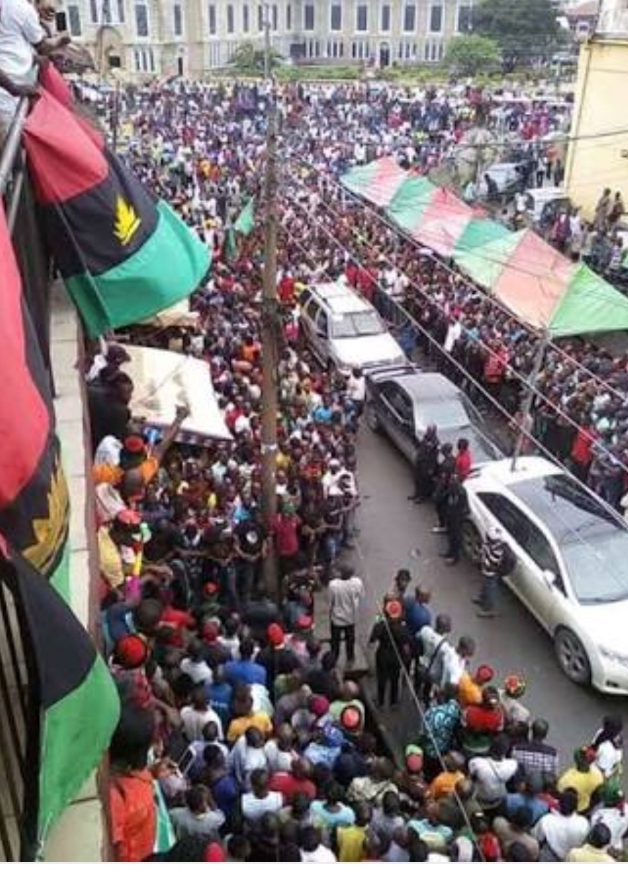 SAHARANEWS – Before the coming of IPOB, Ndi Igbo and Biafrans in general were taken for granted in the Nigeria political scenario.

Many Northerners and even Westerners were openly bragging that Ndi Igbo will never become Nigeria President. But they never knew that a time will come when Biafrans will look at them in the face and say to them, ‘TO HELL WITH YOUR IGBO PRESIDENCY!’.

Today, Ndi Igbo in majority don’t care about becoming Nigeria President, neither do they care about their nonsensical chants of restructuring and true federalism. Two lies Ndi Igbo have discovered won’t ever happen.

Ndi Igbo are in for a total break up of the unsalvageable Nigeria. When the mischievous HausaFulani preach equality, I just laugh at them. How on earth do they think Ndi Igbo can be fooled over and over again?

The IPOB presence is a blessing to Ndi Igbo. Before the nepotistic Nigeria government do things nowadays, they would first wonder how IPOB will react to it. And they are too afraid of doing things that will make Ndi efulefu among us to drop their efulefuism to join the rest of us. But upon that, IPOB is seriously convincing everybody that there is no hope in Nigeria.

Come 30th of May, IPOB will be protesting in more than 88 countries of the world, demanding for a referendum. Those back home in Biafra land will completely shutdown the entire Biafra Land. They will remain indoors remembering more than 3.5million Biafrans that died fighting for us all. They will remember those that were killed and dumped at Ezu River. Those that were killed at Afaraukwu in Umuahia on 14th of September 2017 by the Nigeria government through their Army will be remembered. Biafrans will also use the opportunity to teach the younger Biafrans denied History by Nigeria government about the heroic actions of their forefathers, who with almost barehand, faced the Nigeria vandals and their supporters in 1967/70. The entire Zoo will also experience low turnout of people especially in Abuja and Lagos as Biafrans will be totally indoor to show that they are completely tired of Nigeria.

Mazi Nnamdi Kanu will then be in the United States of America, the world capital to mark this heroic event of Biafrans. He will stand close to where our forefathers rejected slavery in America by drowning themselves at a place called Igbo Landing. He will speak to the world and they will listen.

Believe it, after this 30th May Heroes Remembrance Day, notable world media that has refused to carry news on the plight of Biafrans will start telling our stories.

Somebody should tell Nigeria government that even if they ask the entire world to stop giving Biafrans Visa, Biafrans will still march the entire world. Your marginalization has sent Biafrans all out of Nigeria and from wherever they are, they will expose Nigeria and put an end to her numerous atrocities both to Biafrans and other people suffering and smiling thinking they are hurting Biafrans.