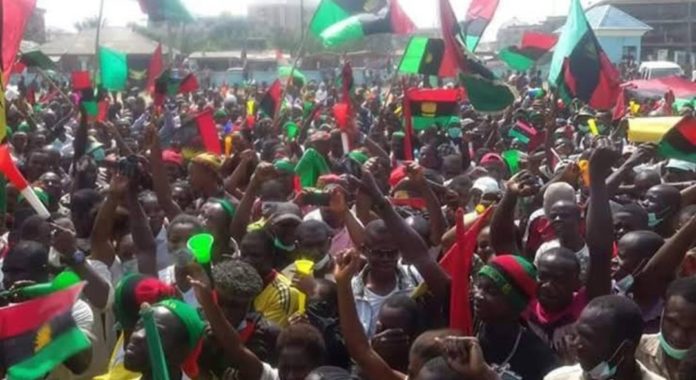 IPOB said both Mohammed and Abdullahi have nothing to offer apart from allegedly threatening people and promoting “Fulani cattle hegemony” across Nigeria.

The pro-Biafra group was reacting to Mohammed’s recent comment that its leader, Nnamdi Kanu should “go to hell and burn to ashes.”

Mohammed verbally attackd Kanu for demanding that his security must be guaranteed for him to return to Nigeria and continue his trial.

However, a statement by IPOB’s publicity secretay, Emma Powerful, maintained that Mohammed was clueless about the agitation for Biafra.

The group categorically stated that “Biafra is coming and there is nothing the core Arewa North can do about it.”

The statement reads: “Junaid Mohammed and Ango Abdulahi have repeatedly touted themselves as the henchmen of the caliphate and in their delusions have made the mistake of equating IPOB agitation for freedom to anything they have seen before. How misguided they are.

“Recent decisive diplomatic advances recorded by our leader have taken the corrupt north by surprise and they have in turn been reduced to blabbing like a bunch of disgruntled drunkards kicked out of a bar for unruly behaviour.

“Every other day we read about Ango Abdulahi or Junaid Mohammed on the pages of newspapers mouthing their usual Arewa is Lord mantra rubbish because the British adopted them as their favourite house slave.

“They never grant live interviews nor have they allowed any meaningful cross-examination of their twisted views. These unity begging parasites from the caliphate must understand that they are not in the same league as our leader Mazi Nnamdi Kanu and will never be. They are nothing but glorified Alimajiri with nothing to offer apart from threatening people and promoting Fulani cattle hegemony in a mentally backward society like Nigeria.

ALSO READ:  BREAKING: Saraki Reacts To The Seizure Of His Houses By EFCC

“Junaid Muhammad is roundly uninformed and clueless about the facts and reasons behind the resurgent IPOB led agitation for Biafra because they are products of a failed British experiment and in their own right the architects of the reign of Fulani feudal mediocrity in Nigeria.

“Our leader never asked anybody to campaign for his return to bury his mother, why these busy-bodies would be poking their noses into a matter that does not concern him is beyond understanding.

“At the mere mention of the name Nnamdi Kanu the entire Fulani caliphate and their supporters go into convulsion. At least there is now an open acknowledgement within political circles in the north that Nnamdi Kanu will succeed in not only freeing Biafra but will break Nigeria into pieces.

“Biafra is coming and there is nothing the core Arewa North can do about it. It’s important Junaid Muhammad and co know that our leader Mazi Nnamdi Kanu is yet to make his intentions public regarding his proposed visit to Biafraland.

“If and when that happens, they should be rest assured that no permission would be sought from the Aso Rock Fulani cabal that rule Nigeria or anybody else for that matter. Our leader cannot ask a fraudulent Sudanese for permission to visit the land of his fore fathers. Had he been planning to visit Khartoum then the need may arise but not on this occassion.” 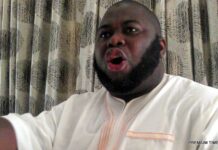 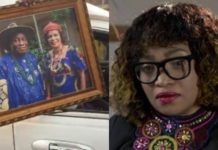 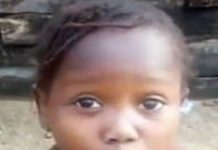 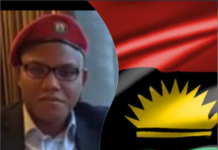