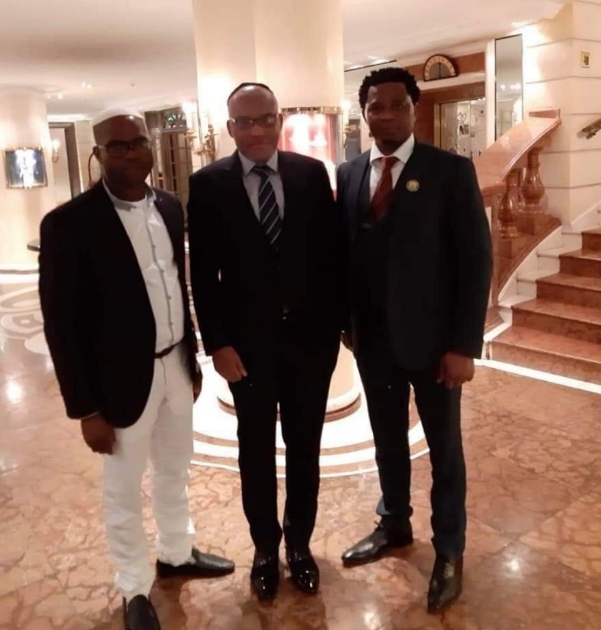 SAHARANEWS – Yesterday, the leader of the Indigenous People of Biafra (IPOB), Nnamdi Kanu, was reportedly ‘mobbed’ by a crowd of his supporters in Germany.

SaharaNews gathered that this was after Kanu held an IPOB Town Hall meeting at Munich, Germany with many IPOB members in attendance.

Mazi Nnamdi Kanu Being Cheered By His Supporters
He was surrounded by scores of supporters who sang and hailed him as they called him their saviour.

ALSO READ:  For far too long, Mazi Nnamdi Kanu & #IPOB have borne the burden of standing up for Ndigbo.--Ejimakor

ALSO READ:  Stop seeing IPOB as your problem. Avoid attacking IPOB. Do your campaign and move.

SaharaNews recalls that Nnamdi Kanu, who is facing trial alongside other Biafran activists for alleged treason, had gone into hiding months after his bail only to reappear in Israel after one year. He then moved to the UK.