I met Fulani bandits on behalf of Nigerians — Sheikh Gumi 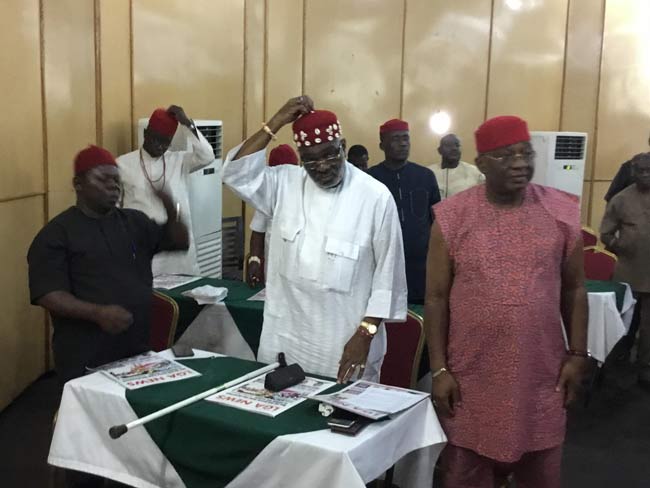 Igbo socio-cultural organization, Ohanaeze Youth Council, (OYC), has berated protagonists of Oduduwa Republic for their unpatriotic move to heat up the Nigeria polity.

Ohanaeze stated that the Igbo will never support the declaration of Oduduwa Republic and warned pro-biafra agitators to be wary of the antics of the western Nigeria.

OYC, in a press statement signed its President, Mazi Okechukwu Isiguzoro and forwarded to DAILY POST, on Monday, posited that the unholy alliance between the Yoruba activists and Biafra agitators is a ploy to repeat history of 1967 and fraudulently derail the 2023 Igbo presidency project.

DAILY POST reported that the Indigenous People of Biafra (IPOB) and the Yoruba One Voice (YOV) have reiterated their resolve to achieve Biafra and Oduduwa Nations.

They told the federal government to between now and October 1, 2021, conduct a referendum to allow citizens choose whether to leave or remain in the country.

This was contained in a joint release signed by Sina Okanlomo, YOV General Secretary and Chika Edoziem, Head, IPOB Directorate of State and made available to newsmen last Friday.

However, Ohanaeze Youths further said it could still recall how Late Obafemi Awolowo betrayed the Igbo in the interest of western region and warned that it would not allow the Yoruba nation to use the Igbo as sacrificial lamb to unite its interest with the north.

Parts of the statement read, “Igbo Youths wish to categorically warn Biafra agitators that the sudden reappearance of Oduduwa Republic was hurriedly packaged with sinister motives by enemies of Igbos to frustrate 2023 Igbo presidential project and divide the ranks of biafrans.

“Historical figures had shown with affirmative evidence that yorubas had never been in support of Biafra agitation until now, but Igbos are wiser now than being used as sacrificial lambs to cement Yoruba’s interests with the North.

“Oduduwa Republic is designed to hoodwink biafrans into a planned disaster that awaits them in the near future. If Late Obafemi Awolowo could betray Biafrans and promulgate economic policies that led to the starvation and painful deaths of over two million biafrans during the civil war and gave 20 pounds to those that survived the pogrom of the war, then, no right-thinking Igbo will fall for a cheap deal for a purported declaration of Oduduwa Republic.

“Igbos will never support any declaration of Oduduwa Republic and we are only in support of the northern alliance with east. Northerners had been the traditional and political allies of the Igbo since 1960”.

THE TRUTH:Yoruba will be at war for 100 years if Nigeria breaks up,They can’t meet Igbos Standard – Bisi Akande