BREAKING: The Medical Director And Head Of Wuhan Hospital…

Alake Of Egbaland Tackles Igboho, Others, Warns Against… 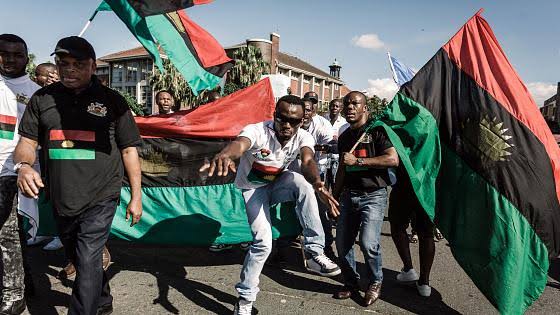 A federal high court in Abuja awarded exemplary and aggravated damages of N50,000,000.00 (Fifty Million Naira Only) against the Nigerian police for the arrest of Ngozi Umeadi, which it declared illegal and a flagrant violation of her fundamental human rights.

Umeadi was arrested in February 2021 at midnight at her home by Operatives of the Inspector General of Police Intelligence Response Unit, led by Abba Kyari, who is now charged with international fraud alongside an international fraudster Ramon Abass, popularly known as Hushpuppi.

“A Federal Capital Territory High Court, sitting in Gudu Judicial Division Abuja, per Adebiyi J., this morning, delivered Judgement in a Fundamental Rights Suit we filed to challenge the illegal arrest, torture and continued detention of Mrs. Ngozi Umeadi since February 2021 till date,” said Ifeanyi Ejiofor, lawyer for the detained leader of the Indigenous People of Biafra, Nnamdi Kanu.

“In His Lordship’s well considered Judgement delivered this morning, His Lordship Hon. Justice Modupe Osho-Adebiyi of Court No. 28, Gudu Judicial Division, Abuja, declared Ngozi Umeadi’s  arrest and continued detention by the Operatives of the Inspector General of Police Intelligence Response Unit,  hitherto led by Abba Kyari, as illegal, and a gross violation of her fundamental Human Rights.

“The Court further directed for her immediate and unconditional release from custody, and consequently awarded exemplary and aggravated  damages of N50,000,000.00 (Fifty Million Naira Only) against the Police as reparation.

“The Court further directed in her Judgement that the Police should tender an unreserved apology to Mrs Ngozi Umeadi, which apology will be published  in two National Dailies,” said Ejiofor in a statement received by OAK METRO on Thursday.

“We SHALL leave no stone unturned to ensure that the terms of this judgment is carried out to the letter.

“We shall also be speedily following up on prompt compliance with these terms of judgment, while other pending  applications affecting others still in this category are being addressed in  Court. Do not lose hope.

“However,  be assured that justice can only be delayed but not denied. All persons illegally arrested and still being detained by the lawless Nigerian Security Agencies shall get justice,” he added.