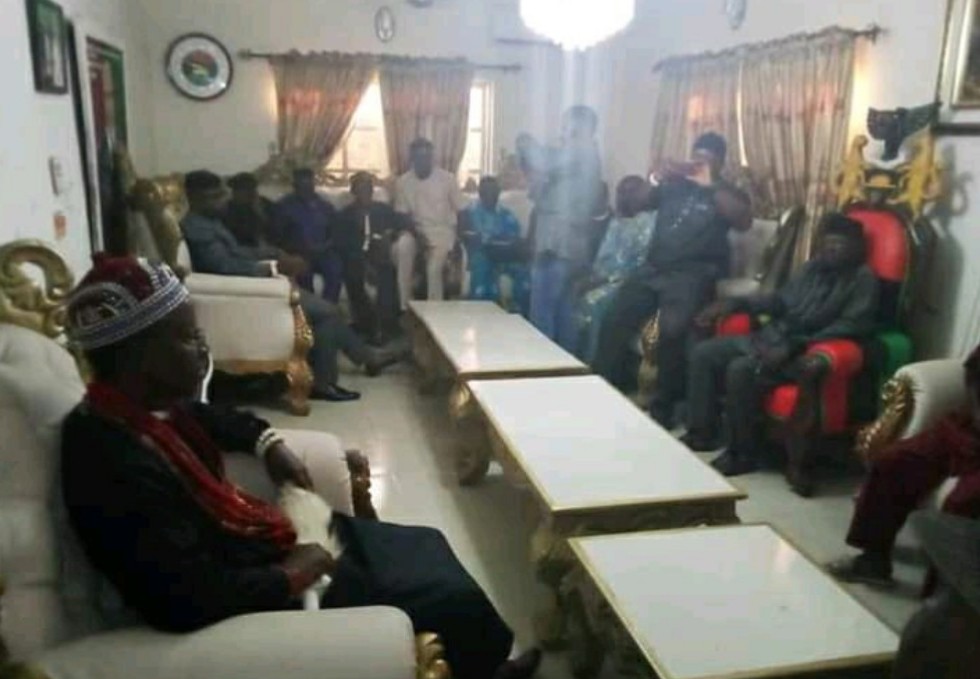 SAHARANEWS – The Governor of Anambra State, Willie Obiano on Thursday paid a condolence visit to the family of His Royal Highness, Eze Israel Okwu Kanu over the death of his wife, Her Royal Highness, Lolo Ugoeze Sally Kanu at his resident.

The APGA leader, who was welcomed by the immediate and extended family members during the visit.

Prince Meme Kanu, who spoke on behalf of the family praised the governor for his kindness despite conflicting stance between them:

ALSO READ:  US court told what to do to Ivan Kasheen for false publication against IPOB

“We’re grateful to Governor Willie Obiano for his kindness towards our parents. In all we’ve passed through, he is the only governor that asks after our parents’ wellbeing and has been there for them despite our stance which often conflicts.”

“Many reactions have trailed the sad and sudden death of Her Royal Highness, Lolo Ugoeze Sally Kanu, mother of the leader of the proscribed Indigenous People of Biafra (IPOB), Mazi Nnamdi Kanu, but none is as striking and touching as the declaration by the Kanu family that Governor Willie Obiano of Anambra state was the only governor that cared for them, especially their aged parents, through all their challenges. The family stated that Governor Obiano, though mindful of the sensitive circumstances but moved by rare benevolence and the spirit of Igbo brotherhood, braved the odds to help them in their time of need

Speaking on behalf of the governor was Major Emmanuel Udemezue, the President of Biafran Veterans, who described governor’s sorrow at Lolo Ugoeze’s demise, said “that the governor was still struggling to come to terms with the realities of Mama’s departure, who he had become very attached to.

He further said the government was saddened by Ugoeze’s sudden demise and has requested them to convey his condolences to the family.

Major Udemezue was accompanied by the liaison officer of the governor to the War Veterans, Comrade Arinzechukwu Awogu.

BREAKING: Nigerians Vows To Embarrass Buhari As Massive Protests Break Out In UK Over His Visit