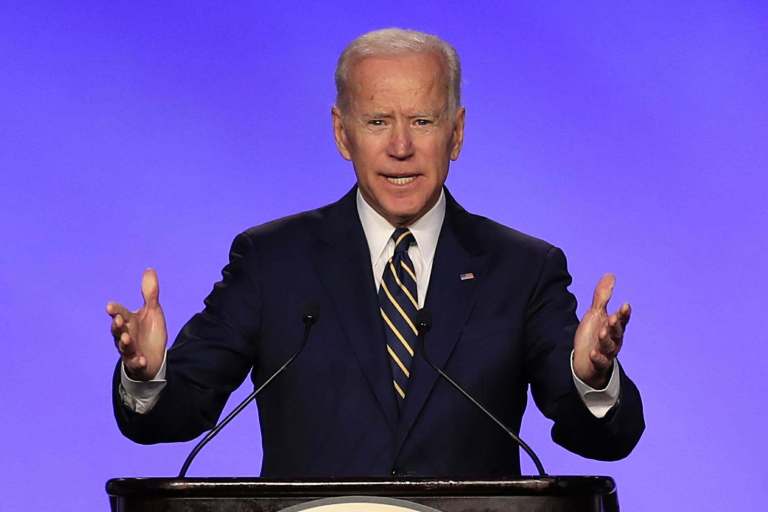 Democrat Joe Biden said Wednesday he was confident of winning the presidency once all votes are counted, saying he was leading Donald Trump in the remaining swing states that will determine the election’s outcome.

With results from Tuesday’s election showing Biden steadily nearing the threshold necessary to win the White House, Trump has mounted legal challenges in efforts to suspend the counting of ballots or force recounts in battlegrounds that will determine the next president.

“After a long night of counting, it’s clear that we’re winning enough states to reach 270 electoral votes needed to win the presidency,” Biden said in his hometown of Wilmington, Delaware.

“I’m not here to declare that we won. But I am here to report, when the count is finished, we believe we will be the winners,” Biden added. Even as US networks called Michigan — and its 16 electoral votes — for Biden Wednesday, the president’s campaign announced a lawsuit to try and suspend the vote count in the fiercely contested battleground.

Biden, speaking in a measured and calm tone, pushed back, declaring that “every vote must be counted.” “We the people will not be silenced,” he added, as his running mate Kamala Harris stood by his side. The 77-year-old former vice president spoke about the three Great Lakes states that could be key to a Biden victory, noting he had won Wisconsin by 20,000 votes.

“In Michigan, we lead by over 35,000 votes and it’s growing — a substantially bigger margin than President Trump won Michigan in 2016,” he said. And when it comes to perhaps the pivotal state of the entire election, Biden said, “I feel very good about Pennsylvania.” Trump leads in the Keystone State with 84 percent of precincts reporting. But Biden said the vast majority of remaining ballots to be counted were mailed in, and that he has been winning some 78 percent of the votes by mail in Pennsylvania.