Nothing can separate Nigeria, says Osinbajo as he insist on… 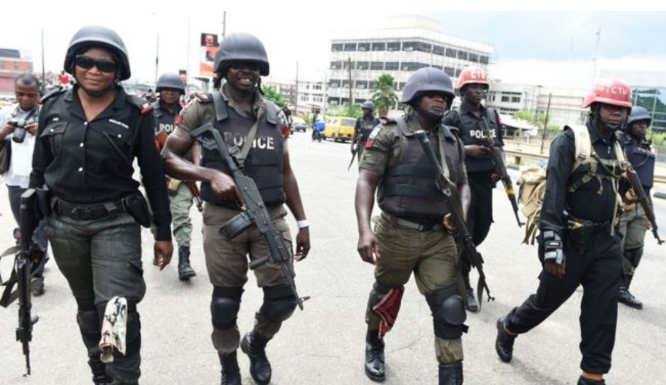 SAHARANEWS – The Anambra State Police Command on Friday raised the alarm that members of the proscribed Indigenous People of Biafra were attacking its personnel on duty in various parts of the state with catapults and stones.

The command said the policemen were deployed in various parts of the state to dismantle the flags and other insignias of the secessionist group against the May 30 sit-home- order.

The Police Public Relations Officer in the State, Haruna Mohammed, disclosed this in a statement issued in Awka on Friday.

He said the officers were able to subdue the IPOB members, arrested some of them and confiscated their insignias.

While reminding the group that it remained a proscribed organisation, Mohammed warned that the command would not relent in enforcing the law on defaulters as appropriate.

The statement read in part,” There was a report that the Indigenous People of Biafra came out in large number moving around with dangerous weapons and at the same time hoisting flags of the proscribed group on poles and billboards.

“Following the report, police operatives rushed to the scene in order to prevent them from mounting the flags but they engaged the police with catapults and stones.

“However, 12 suspects were arrested and over 50 flags with different inscriptions of IPOB/MASSOB and Biafran Independent movements recovered as exhibits.

“There was another intelligence report that some misguided elements suspected to be IPOB Members were sighted at various locations mounting Biafra flags along Ekwulobia -Uga Road in Aguata LGA of Anambra State.

“Police patrol teams pursued them and arrested 12 suspects while others escaped, 72 Biafran flags and items with Biafra inscriptions were recovered.”