Security agents nowhere to be found as Fulani bandits… 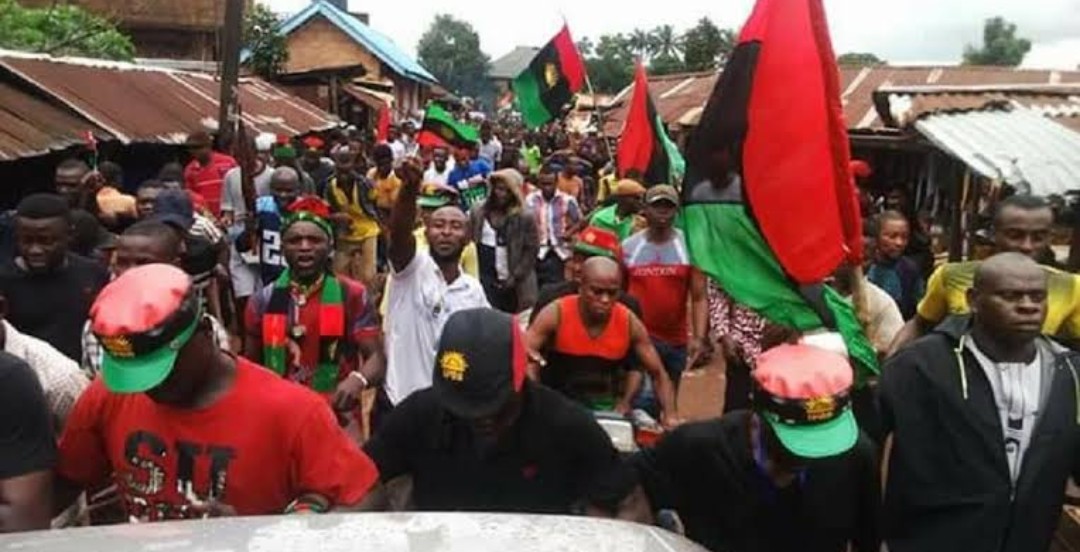 SAHARANEWS – The Indigenous People Of Biafra (IPOB) has predicated that the Bill against Hate Speech which was returned to the Senate on Thursday may spell doom and bring the country to a “miserable end”.

In a press statement signed by the media and publicity secretary of the group, Emma Powerful, IPOB said “the proposed bill to kill innocent and peaceful human beings in Nigeria for free speech will finally put the miserable and damnable existence of Nigeria to a well deserved miserable end.

This might be part of what its leader, Nnamdi Kanu would speak on Saturday evening as he briefs ‘Biafrans ‘ on the gains made so far own his diplomatic shuttles.

The statement added: “The poorly educated and totalitarian Fulani Caliphate cabal led by the true President of Nigeria Abba Kyari along with their henchmen Junaid Mohammed and Ango Abdullahi must know that their parasitic existence in Nigeria is finally coming to an end.

“Our leader’s broadcast on Radio Biafra on Saturday will enlighten, educate and reinforce the inevitability of the collapse of the artificial British colonial experiment called Nigeria”.

“As part of this broadcast, our leader Mazi Nnamdi Kanu will educate and enlighten listeners on the diplomatic steps being taken by IPOB to bring about Biafra restoration and collaborative efforts with other ethnic nationalities to bring about the peaceful dissolution of Nigeria as the only viable means of stopping the perpetual reign of Fulani terrorism, feudal conquest and enthronement Alimajiri reign of mediocrity, primitive repression and mindless government brutality”, it added.