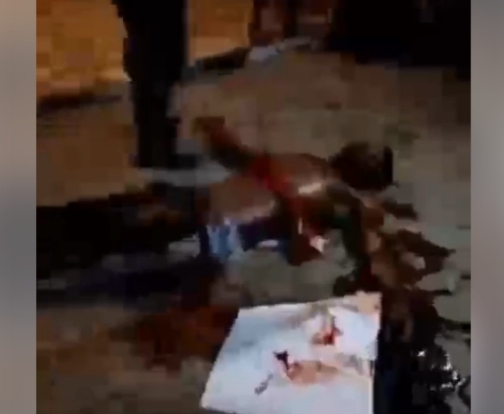 SAHARANEWS – Report reaching our news room has it that a bloody clash between two neighbours has left one dead in Onitsha area of Anambra state.

SaharaNews gathered that the deceased simply identified as Obinna, got into a heated argument with his neighbour about an undisclosed issue which resulted into a fight.

According to other neighbours, Obinna rushed to get a bottle during the fight but was stabbed to death with it by his neighbour.

SaharaNews understands that the police was notified of the incident and an investigation into the matter is underway.

Watch the video below.

Biafra: Man Visits Nnamdi Kanu In Israel, Kneels Before Him For Blessings & This Happened (Photos)