Nnamdi Kanu Dismisses The Indivisibility Of Nigeria As Mere…

Twitter has agreed to open office in Nigeria — Lai Mohammed 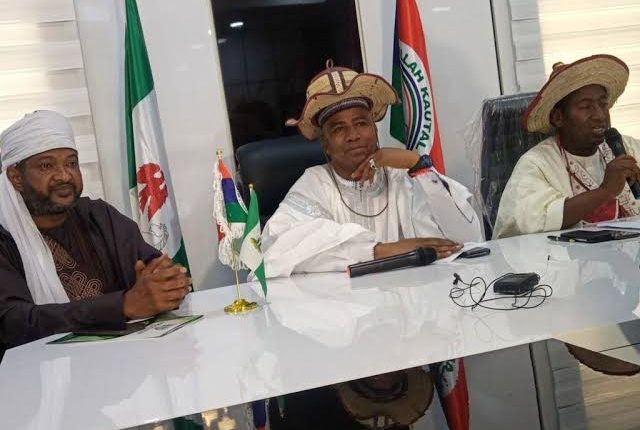 Miyetti Allah Cattle Breeders Association of Nigeria (MACBAN) has attributed the surge in banditry, insurgency, kidnapping and other criminal activities to poverty, injustice, inequity and unemployment.

“It is beyond contestation that hunger, deprivation and extreme poverty breed unruly acts that include criminality and other anti-social indulgences.”

The South-East zonal chairman of MACBAN, Gidado Siddiki, stated this in an interview on Tuesday in Enugu, adding that the various levels of government had a role in addressing the challenge.

He called on the local, states and federal governments to improve on Nigerians’ lives by issuing policies aimed at reducing the vast population living in poverty.

Mr Siddiki, who spoke on the sideline of a truck-load of cattle burning along Uga-Ezinifite-Igboukwu Road in Anambra on May 8, said insecurity in the South-East was not targeted at herders.

Since the incident, there has been a hostile exchange of words between another herders’ association called Miyetti Allah Kautal Hore and the proscribed Indigenous Peoples of Biafra (IPOB).

However, the MACBAN zonal chairman said that though the incident was reprehensible and that the perpetrators be brought to book, he said the situation needs not to be allowed to degenerate.

ALSO READ:  NCC disqualifies Nigerians below 18 from getting SIM

He said that the security challenge in the South-East was not an isolated one from the totality of the situation in the country.

“It is evident that while our herders have suffered victims of the dastardly operations by the hoodlums, other Nigerians, including indigenes, have also fallen victims.

“Government and private valuables have been lost to these gangs.

“It is, therefore, a burden on society which everyone and the government are called upon to contribute to its reduction and eventual eradication,” he said.

ALSO READ:  I swore an oath with Quran not to abuse public office or stay beyond two terms — Buhari

Mr Siddiki said that MACBAN would not subscribe to the mode of an altercation between the two aforementioned interest organisations.