If East Tries To Go We Will Create Cor State – Gowon

Do not be deceived by the Nigerian government; what is… 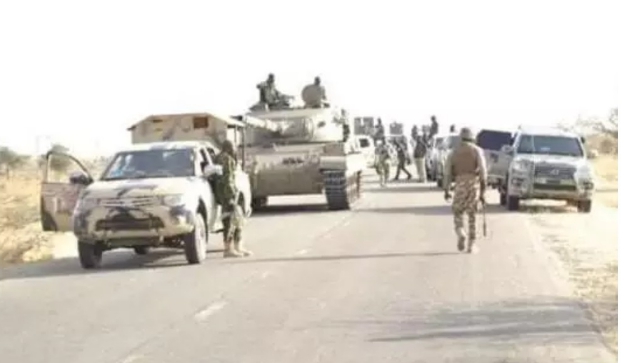 According to eyewitnesses, the terrorists entered the town in a commando style and headed straight to the emirs palace but the Emir had left the palace two hours before the arrival of the insurgents.

In a show of anger, the insurgents decided to burn a section of the palace and carted away with an escort Hilux van (vehicle) of the Emir.

Another resident of Babangida told our correspondent that the insurgents were on a mission to eliminate the District Head in a revenge mission.

The source disclosed that the District Head had earlier gave an intelligent report that led to the elimination of some Boko Haram in his domain who were kidnapping locales for ransom.

Information available also indicated that the attack on the town created pandemonium in the entire town as many villagers who came to the market scampered for their lives.

SaharaNews gathered that troops in Tarmuwa have been withdrawn more than two months ago following the military recent strategy of Super Camps in Operation Lafiya Dole.

Idris Adamu a resident informed the soldiers came from Dapchi an hour after the attack.

Tarmuwa is located 53km northwest away from Damaturu, the State capital.