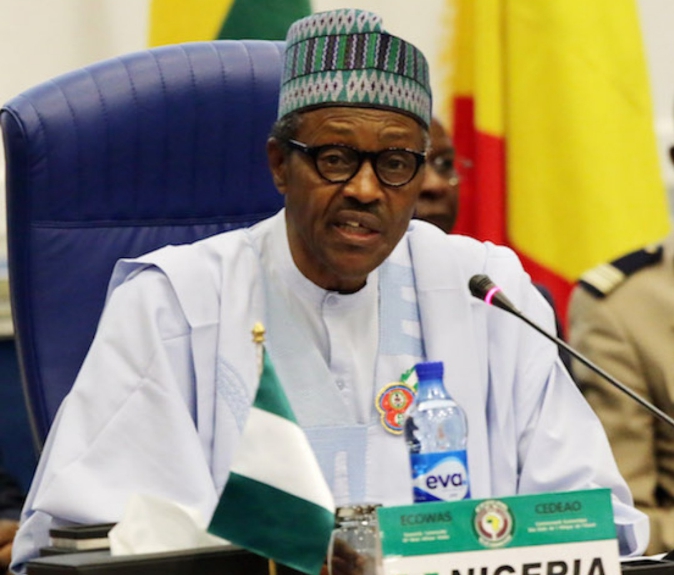 SAHARANEWS – President Muhammadu Buhari has told West African leaders that the ease with which terrorist groups, including Boko Haram access funds and acquire sophisticated weapons is a serious concern.

Buhari said this during the extraordinary summit of ECOWAS heads of state and government on counter-terrorism, taking place in Burkina Faso.

The president said though West African countries have made significant progress in combating terrorism, regional integration is still being threatened.

He also said Nigeria has been a “major victim of Boko Haram terrorist activities”, but that the country remains resolute in the efforts to eradicate them in all forms.

“’The frequency of attacks, the determination and resilience of the terrorist groups as well as the ease with which they raise funds and acquire sophisticated weapons are matters of serious concern which should engage our attention as a Community,” he said in a statement issued by Femi Adesina, his spokesman.

”Equally worrisome, is the continuing spread of the menace of terrorism in the region and the growing link between terrorism and organised crime.

“And the best way to achieve this objective is through coordinated regional actions and responses against terrorism, insurgency, banditry, inter-communal disputes while we also put in place policies and measures that will address their root causes including the re-establishment and protection of livelihoods.”

Buhari lamented the impact of terrorism on the Lake Chad Basin, which he said used to serve as “an area abundant in natural resources providing livelihoods to tens of millions of people”.

“The area has become an abode for terrorist groups and extremists,” he said, while calling on West African countries to “galvanise international support and solidarity to combat and defeat this menace in our region”.

The president’s comment comes shortly after the New York Times reported how Boko Haram insurgents are upgrading their operations with improved weapons and drones, while the Nigerian military is fighting the insurgents with inefficient tactics and obsolete weapons.

BREAKING: “Fulani Assassins Are Loitering In Front Of My House” – Nnamdi Kanu, Vows That Those Involved In Operation Python Dance Are In For Almighty Shock

BREAKING: “We Have The Nigerian Army Where We Need Them” – Boko Haram Commander Boasts After Attack On Military Base