In a new video obtained by SaharaNew, Asari threatened to deal with Kanu if he tries any nonsense and revealed that he is not a gentle man but original Ijaw man.

He described Kanu as an ungrateful person who is trying to scam everybody but it is impossible because he (Kanu) cannot scam him.

“I no be gentle man at all, at all, I be Ijaw man original. Because of the circumstances of my birth, on how I was raised, that somebody wants to be mad and dance naked in the market, and I will allow it. “

” Me too, I will throw shit at him, if he wants to bath in the gutter, I will bath with him. There are several allegations which has been made, one is that I’m a citizen of Benin Republic, that I’m not a Nigerian that Wikipedia said but I said that’s the cheapest lies because it is Wiki gossip.”

“It is very simple, any investigative journalist should go to Benin Republic and check if I even have residential permit in that place, I only go there as an ECOWAS citizen and I go and come back “.

” That government was paying me 10 million dollars, it is all lie. What is $10m to me when Goodluck was in power?”.

“He said he gave me N20m, where did you give me the money? How? Tell the world how you gave me N20m, to mobilize Ijaw people? For what? “

“My people love me, genuine love but you ran away. You are hiding but I’m in my village and I will not run like you.”.

ALSO READ:  BUHARI VS ATIKU: Decide With Your Votes If The Poor Should Become Poorer - Aisha

Asari further said that Kanu betrayed his people and revealed that the IPOB leader sent his people to him to take care of his security.

According to him, “you betrayed your people to be arrested. And when we are talking, you are running your mouth. You called me a coward but you put your defense in my hand.”

“You sent more than 100 people to stay with me for months. You called me and told me that the way things are, we have reached a critical stage that you want to handle your security. Am I a member of IPOB? “, he asked.

He said that he is not a member of IPOB and warned that he will release the list of the People that Nnamdi Kanu sent to him for training.

He revealed that the people who stood at Nkwo and Onitsha head bridge are all Ijaw boys and none of them was trained by Kanu.

He described Kanu as an ungrateful person who is trying to scam everybody but it is impossible because he (Kanu) cannot scam him.

Asari said an Igbo Man can never cook for an Ijaw man and warned Kanu never to say he will cook for him.

“Taa, can an Igbo Man cook for an Ijaw man. You no learn history? Go and read your history and know the relationship between the Igbos and the Ijaws and know who was the master.”

BREAKING: EFCC Arraigns Ex-Head Of Service, Oyo-Ita, Others On Monday

JUST IN:Reps To “Punish” Lawmaker Over Call For Buhari’s Impeachment. 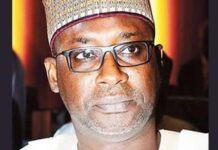 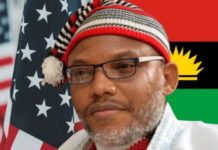 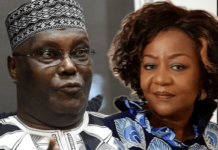 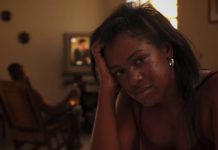