Zamfara Attack: We Can’t Afford To Have More Out-of-school…

Wike To Atiku: Your Henchmen Behind Court Case Against You,… 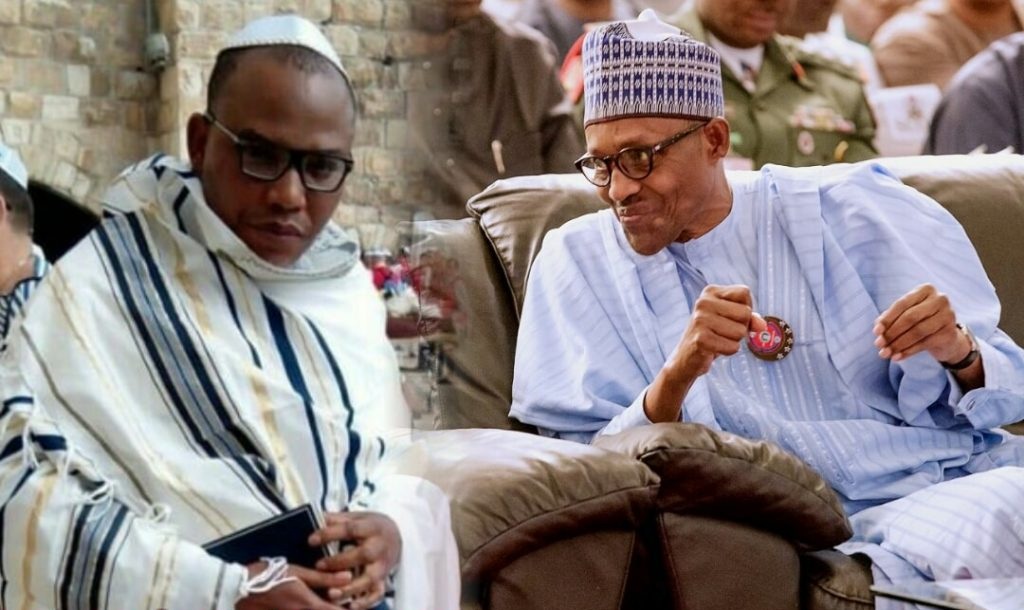 The Leader of the Indigenous People of Biafra (IPOB) Nnamdi Kanu has yet again released another forensic exhibit to back his claims that a Sudanese lookalike body double named Jubril is impersonating President Muhammadu Buhari in Aso Rock.

Kanu in 2017 first raised alarm that President Buhari was dead and being impersonated, after Buhari’s extended medical leave in London, and has been releasing evidence to back his claims since his reappearance in Israel few months ago.

Kanu today shared a copy of the letter Buhari addressed to the National Assembly on his official Twitter Page.

To further prove his case, Kanu asserted that Buhari’s signature in 2016 was different from his present signature.

Read what he tweeted below;

“I keep stating, everything about Jubril is different from late Buhari. They promised ‘change’ in 2015, now we know what change means.

“Compare his signatures in 2016 & 2018. I ask proud Nigerians that can barely reason, have the signatures not changed?My goodness!”