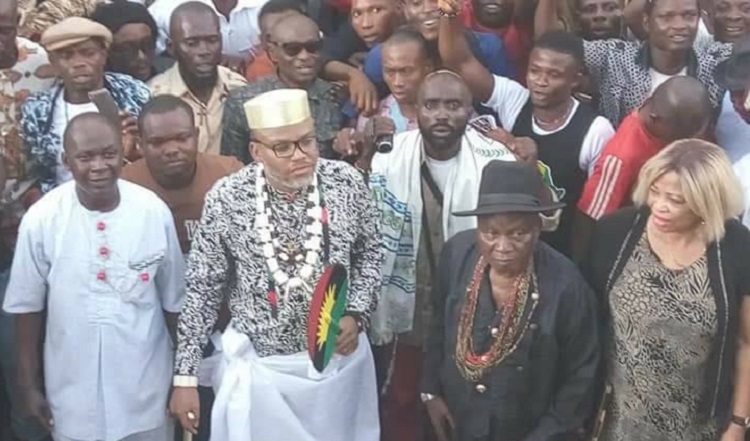 The leader of the Indigenous People of Biafra, IPOB, Nnamdi Kanu Saturday declared that the decision of his group to boycott the 2019 elections will now have Abia and Ebonyi states’ governorship elections as exceptions.

Kanu said that the reason behind the decision to participate in Abia and Ebonyi governorship elections is to vote out Governor Okezie Ikpeazu of Abia and his Ebonyi counterpart, Dave Umahi whom he described as “enemies” of Igboland.

The IPOB leader, in his latest broadcast from Israel, said the accusation of kidnapping levelled by Umahi against IPOB is an attempt to justify his invitation of the Nigerian Army to begin another phase of Operation Python Dance in the Southeast.

He said; “Because we said we are not going to vote doesn’t mean we can’t mobilise to have you voted out.

“That’s what will happen in Abia and Ebonyi. Perhaps if we keep quiet all the time, they’ll think, since they’re not going to vote does it really matter?.”