Breaking news “60 years ago, there was no country…

Cattle we bring to Southeast is food, not poison — Fulani… 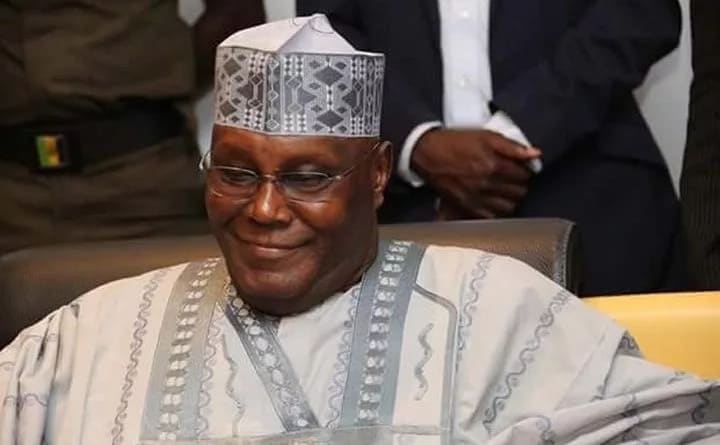 Atiku Abubakar, presidential candidate of the Peoples Democratic Party (PDP), has finally been issued a visa to the United States, TheCable can report.

A family source disclosed this to TheCable on Saturday and confirmed that the former vice-president has left Nigeria for the UK, where he will spend some time before flying to the US.

SaharaNews also understands that former president Olusegun Obasanjo played a “critical” role in getting the American government to issue the visa to his former deputy with whom he was estranged for almost 15 years.


The trip marks another chapter in the controversy that has rocked the former vice-president for over a decade.  Atiku, who is widely travelled, has not been to the US in 13 years, intially fueling speculations that he might be avoiding possible arrest or prosecution.

His political opponents had used his absence from the US not just to taunt but to discredit him.  His row with the US authorities began after the FBI investigated a bribery scandal involving William Jefferson, former US congressman, in 2004.


Atiku was accused of demanding a bribe of $500,000 to facilitate the award of contracts to two American telecommunication firms in Nigeria.  The FBI had searched his residence in the posh neighbourhood of Potomac, Maryland, but no money was found.

The investigators had videotaped Jefferson, who was the congressman representing Louisiana, receiving $100,000 worth of $100 bills which he claimed was meant for Atiku, but the former vice-president has consistently denied the allegation.  Despite Atiku’s claim to innocence, the controversy raged.

Two months before he declared interest in the 2019 presidential race, Atiku granted an interview to Dele Mommodu, celebrity journalist, where he clarified his absence from the US.  “It is the sole prerogative of America to determine who they want in their country or not,” he said.


“I’m not running away from America. I applied but wasn’t issued a visa.”  He said the US did not categorically deny him visa.  “They’ve only said my application is going through administrative process,” he said.

On Thursday, Lai Mohammed, minister of information, had warned the US to be cautious in granting visa to the main opponent of President Muhammadu Buhari in 2019.  Asked to comment on Atiku’s visa status on Friday, Rusell Brooks, spokesman of the US consulate in Lagos, had said issuance of visa to Nigerians irrespective of their status is strictly a confidential matter.


He said the US government would not discuss such confidentiality in public.  Some All Progressives Congress (APC) members had alleged that Brian Ballard, publicist of US President Donald Trump, was working towards relaxing the visa ban on Atiku.

BOKO HARAM: Hunger is a weapon of war that worked for Nigeria before, why not use it against Boko Haram? – Atiku asked.